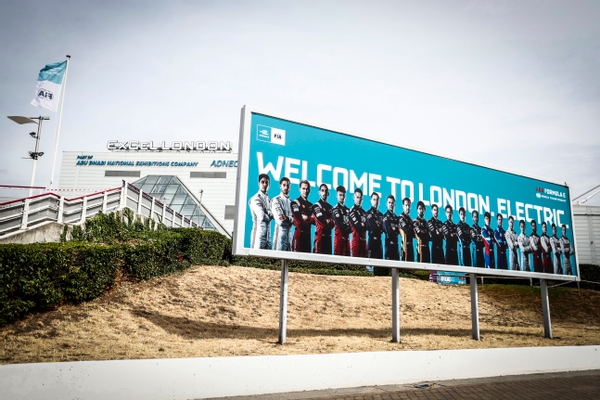 Can the Brit take his home race once again?

Lucas Di Grassi, however, took the final duel spot with a 1:14.234. Di Grassi however, sees his lap times deleted, promoting Maximillian Gunther promoted into the duels with a 1:14.252.

Jake Dennis took the top spot in Group B at his home race with a 1:13.846. He was closely followed by current champion Nyck de Vries with a 1:14.004. Oliver Askew took P3 with a 1:14.270 seeing both Andretti Avalanches through to the duels. Andre Lotterer claimed the last duel place in the group with a 1:14.297.

Lotterer and Vandoorne were the first pair into the duels. The pair have faced each other twice previously, Lotterer holding the upper hand.  Lotterer took to the track first, setting a 1:13.917; this, however, wasn’t enough to see him through to the semi-finals. Vandoorne set an astonishing lap, setting a 1:13.528, seeing him through to the duels.

Askew and Sette Camara were next up to go head to head, Askew taking to the track first, setting a 1:13.688. This however was easily beaten by Sette Camara. The Dragon Penske driver going faster than Vandoorne with a 1:13.330.

Cassidy and De Vries were next to face the duels. Cassidy took to the track first, however, clipped the wall, leaving him with the slowest time of the quarter-final session with a 1:13.852. De Vries saw himself progress into the semi-finals with a 1:13.457.

Gunther and Dennis were the final pair to face each other on the track. Gunther took to the track first, claiming a 1:13.780. As Dennis took the win here last year, he has his sights set once again, setting the fastest time of the quarter-finals with a 1:13.225.

Vandoorne and Sette Camara were the first, pair into the semi-final duels. Vandoorne is taking to the track first, setting a 1:13.131, seeing him progress into the final after what has been a very successful day in his championship. Sette Camara sees himself eliminated with a 1:13.474

De Vries and Dennis were the last pair to go head-to-head in the semi-finals. De Vries took to the track first, but after a lock-up, he set a 1:13.314, seeing him eliminated. Dennis put in an incredible lap in setting a 1:13.005, seeing him start in the front row at his home race.

Vandoorne and Dennis take to the track for the final duel of the day. Vandoorne was first onto the track, setting a 1:31.314. This, however, saw him eliminated as Dennis claimed an astonishing 1:13.005 taking his second career pole at his home race.

Can the Brit take his home race once again?