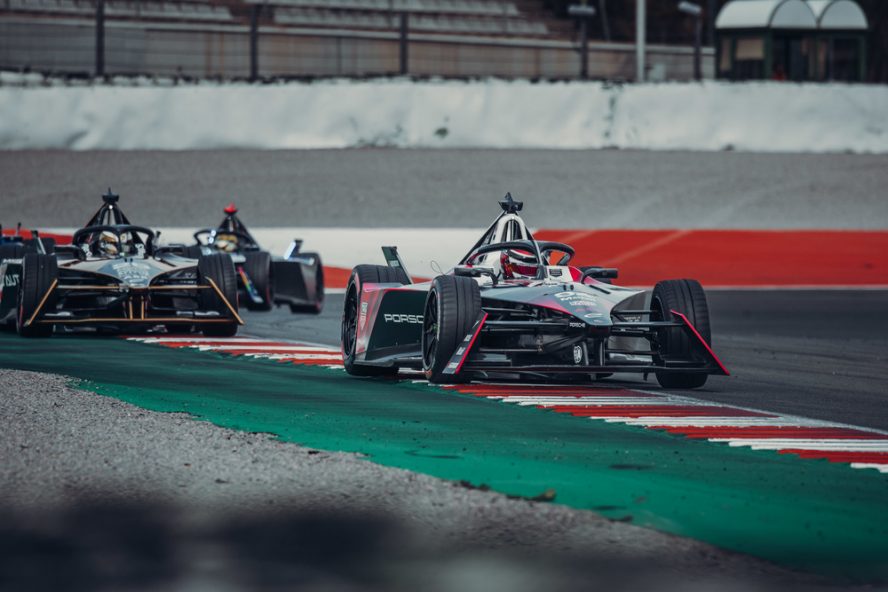 Formula E: Porsche’s preparations as they head to Mexico City

Porsche are feeling “well-prepared” to take on Mexico in the first round of Season 9 of Formula E as it enters its historic Gen3 Era.

The German outlet kept on Pascal Wehrlein for another season. He was joined by the Season Six Formula E Champion, Antonio Felix Da Costa who takes on the #13 on the grid. There will be four cars featuring the Porsche engine this season. This marks another groundbreaking move for the car manufacturer that has been excelling in electric automotive.

The Porsche 99X Electric Gen3 will be driven by their two drivers for this season. There may even be an opportunity for Porsche’s newly reserve drivers, David Beckmann and Simona de Silvestro to take on the Season 9 challenger. Meanwhile, the Germans partnered up with Avalanche Andretti who are seeking wins and championships in this new era.

Jake Dennis described this decision as a highly positive one and a move in the right direction. Along with his new teammate, Andre Lotterer, the Brit will be driving a Porsche-powered Andretti.

Despite the partnership, Porsche and Andretti will be battling it out on the track as the Germans seek a triumph season.

Mexico is special for Porsche

Director Factor Motosport Formula E, Florian Modlinger, spoke about how Porsche are approaching the first race. He showcased a positive tone in his words even though they are yet to determine the performance of the car. Despite the endless testing made, nothing can really showcase performance like real-time qualifying sessions and races.

Modlinger said: “The preparation coming out of season 8 was very labour intensive. We had very little time to get familiar with our new car and refine it on the racetrack. At the end of the day, we’re satisfied with the development and we’re feeling well-prepared for Mexico.

“We won’t know where we stand in terms of performance until after the qualifying session. The better start you get to the season, the greater the chance of gaining positive momentum and riding the emotional wave that propels you to more successes.”

Mexico was where Porsche won their first-ever Formula E race. Not only, but they finished off in style with a one-two to make it even more memorable.

“With the one-two result, the team underlined what it’s capable of. We need to show more consistency with our performance in the future. We’re heading to Mexico feeling confident and optimistic. We are determined to win again this season and fight to the very end for the world championship title,” Modlinger added.

Even though they’re teammates, there is only one Drivers’ title to be won. Both Wehrlein and da Costa will be seeking to add wins and titles to their name. But at the end of the day, they have to work together to make Porsche successful.

Wehrlein said that the two are getting along very well, especially since they’ve previously worked together in other motorsport series.

The 28-year-old said: “We have a great relationship. We’ve known each other for ages because we raced against each other in Formula 3 and the DTM. I’m thrilled to have him as my teammate. It’s great working with him. He is the most experienced driver in Formula E. Together, we will make every effort to advance the team.”

Da Costa can be described as a Formula E legend. He surely has so much to offer to Porsche after starting 96 races in the electric series.

The 31-year-old said: “I’ve been with Formula E since the very first race. I’ll lay all of my experience on the table and let the team decide what to do with it. We have a great team of engineers and every chance to work our way to the top.

“It all depends on how we use those opportunities. My goal as a driver is clear – I want to win races and the championship. I can’t say where we stand at the moment, but that’s our goal.”

How do the drivers feel about the 99X Electric Gen3?

Porsche had a challenging pre-season testing in Valencia. The new Gen3 cars hold a lot of mysteries to them and the teams are still exploring the strategies and technology surrounding them.

Wehrlein said: “I’m really looking forward to racing again and being able to pit ourselves against the other teams. Our new car has a lot of potential. We’re still at the very beginning.

“We faced a lot of challenges at the Valencia tests because a lot of the Gen3 car is new, such as its second powertrain. Plus, we have a new tyre manufacturer. But at the same time, this gives us a lot of opportunities to improve. I expect we’ll make great headway as the season progresses.”

Meanwhile, da Costa will be driving for Porsche for the first time. A new team presents a new dynamic, new ambitions, a new car and a new teammate. This poses a challenge in itself.

Da Costa opened up on this, saying: “It has always been my dream to race for Porsche. I enjoy the anticipation in the lead-up to the season and I’m super excited. There can only be one goal with this brand – to win races.

“I’m feeling relaxed about my premiere with Porsche in Mexico. What matters is how we finish the season, not how we start it. I’m happy with my new car. I think we’ll definitely be competitive with it.”