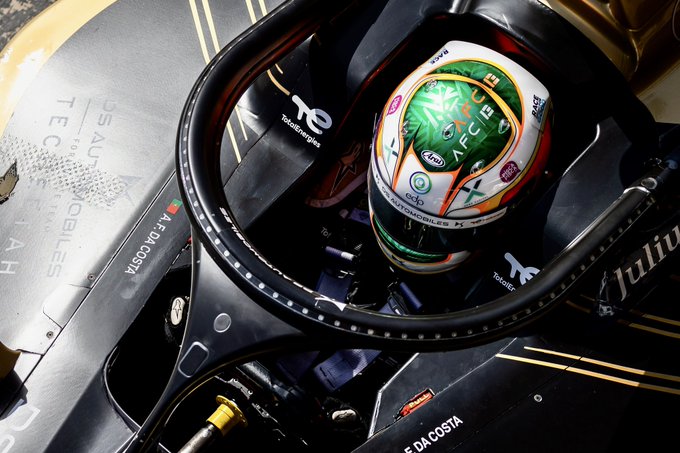 Da Costa claims pole position for round ten in Marrakesh.

Evans and Mortara were the first to go head to head. Evans was the first to take to the track setting a 1:17.476. This however wasn’t enough to see him progress into the duels as Mortara set an incredible 1:17.002.

Wehrlein and Cassidy were the next up to the duels. Wehrlein took to the track first setting a benchmark of 1:17.291. Cassidy followed behind setting a 1:17.578 however this wasn’t enough to see him progress into the semi-finals.

Dennis and Vergne were next to take to the track. Vergne progresses to the semi-finals after claiming an astonishing 1:16.982. This couldn’t be beaten by Dennis who set a 1:17.348 seeing him eliminated.

Askew and Da Costa were the final pairing of the quarter-finals. Askew took to the track first setting a benchmark time of 1:17.575. Da Costa however set a 1:17.202 seeing himself progress into the semi-final.

Wehrlein and Mortara are the first to go head to head in the semi-final. Wehrlein takes to the track first setting a 1:17.305. This however wasn’t enough to see him progress into the final as Mortara claimed a 1:17.129.

Teammates Vergne and Da Costa are next to go head to head. Da Costa took to the track first setting a benchmark time of 1:17:091. This couldn’t be beaten by his teammate Vergne who claimed a 1:17.115.

Mortara and Da Costa were the final two to go head to head for pole position. Mortara took to the track first setting a benchmark of 1:17.151. This however was only good enough for P2. Da Costa claimed pole position with a 1:17.070.