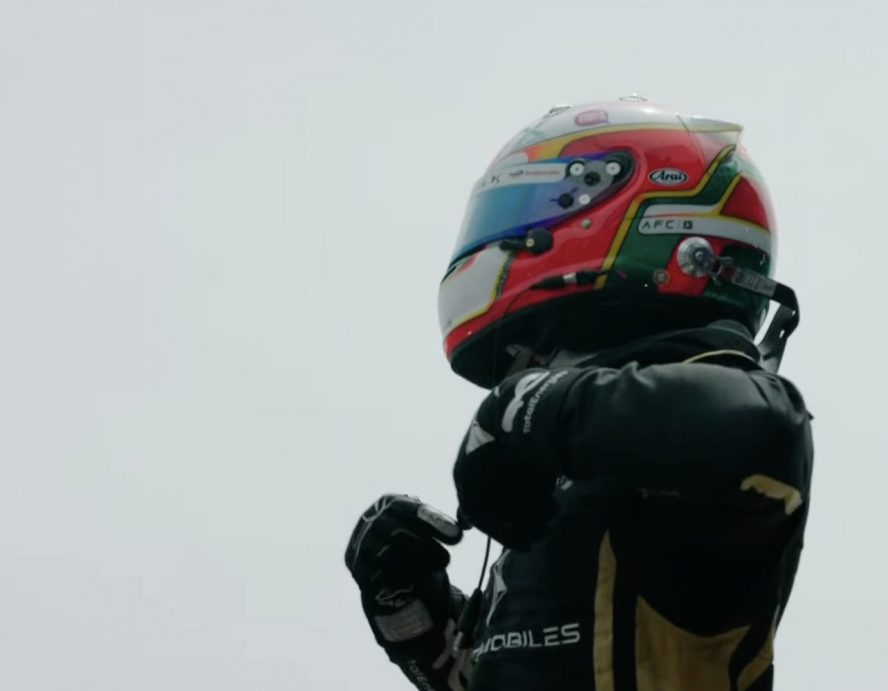 With both Vandoorne and his championship rival Mitch Evans fighting their way through to third and fourth in the race’s early stages, da Costa found himself under immense pressure, but the Portuguese held his nerve to clinch the seventh win of his career.

Vandoorne overtook da Costa under attack mode 15 minutes into the E-Prix, but the 2019/20 champion was able to retake the position a lap later, before holding on through a late crash involving Lucas di Grassi and Chris Agnew to claim victory.

In the unfancied Mahindra Racing, meanwhile, Alexander Sims nearly managed to finish in the top-three himself, just missing out to the charging Evans in the event’s closing stages. However, the Brit did ultimately finish fourth and pick up twelve points, ten more than his previous haul for the entire season.

Following the race, Sims admitted that he was disappointed not to finish on the podium after starting second, but said he was still relieved to pick up points given the pace of his car this year.

“Honestly, it’s tough when you start on the front row, but it feels like a podium,” said Sims. “It’s been a hard season. Today, I’d say that’s one of the best race cars we’ve had all year. Well-managed from the pit wall, it was tough with Vandoorne behind me willing to overtake.”

“But overall, I’d say we executed a good race,” he added. “Today I think we were able to keep good pace, we were staying with Antonio pretty well. I’m just very very pleased.” 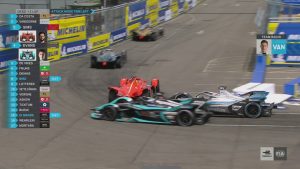 With da Costa leading the vast majority of the race, a lot of the on-track action was seen between Evans and Mercedes pair Vandoorne and de Vries.

While Vandoorne quickly fought through the field, finding himself in third place after a matter of minutes, Evans’ slow start saw his charge for the lead delayed, as he picked his way through the pack from seventh.

As Evans caught up, and the leading pack bunched up a third of the way into the race, the three raced nose to tail for several laps, before de Vries made an error, sliding on the exit of a corner, costing him fourth place.

However, Evans and de Vries’ fortunes became further intertwined as the race wore in, with the former running off once and the latter locking up twice, and eventually conceding the position.

Scrapping with the Mercedes ultimately cost the New Zealand native from challenging his Belgian championship rival, who now tops the standings by eleven points, but he did end up pipping Sims to the podium late-on.

WHAT. A. SAVE. 😮‍💨@mitchevans_ catches a bump and almost spins!

Although da Costa flew off the line to retain the lead into the race’s first corner, Andre Lotterer’s Porsche appeared to stall off the line, costing him any chance of competing at the front.

Compared to Vandoorne, who started well and went on to clinch second place, Edoardo Mortara was unable to make his way through the field sufficiently to retain his lead of the championship, and in the end he gained just a single point. The title-challenging Jean-Eric Vergne also failed to take home any points whatsoever, thus giving Vandoorne a significant boost in the standings.

On the flipside, Sam Bird, who began the day seventeenth on the grid, managed to fight his way up to an impressive fifth, and despite losing several places after delaying his attack mode usage earlier in the race, Robin Frijns recovered to sixth.

.@afelixdacosta showing us how it's done! 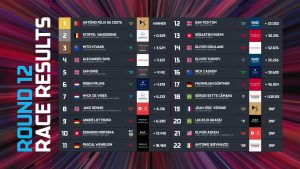