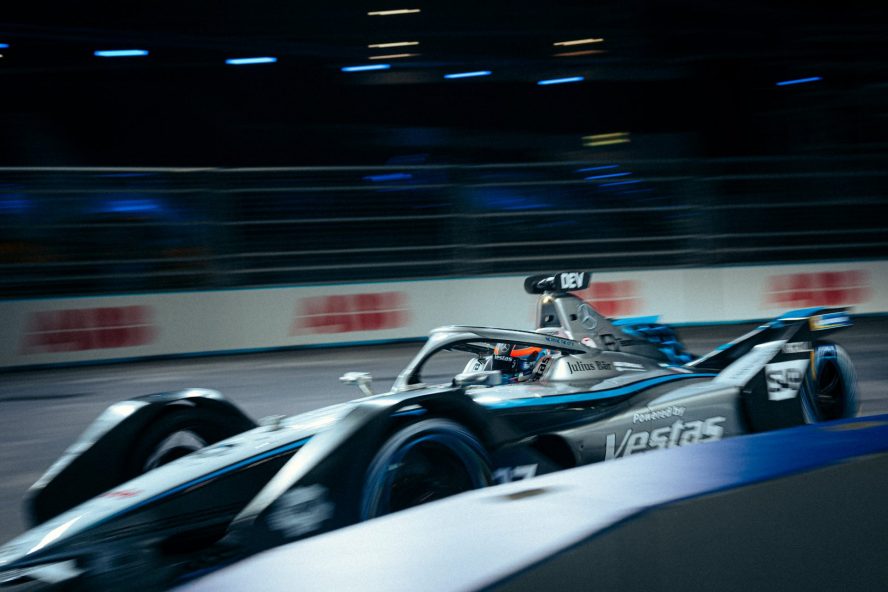 Heading into the penultimate weekend of the 2022 Formula E World Championship, both Mercedes-EQ drivers feel that it’s not yet time to enact team orders.

Rounds 13 & 14 are being held around London ExCeL centre this weekend. The double-header is followed by the final two rounds of the season in Seoul, South Korea, in mid-August.

However, despite being late in the season, and the title fight remaining close between the championship protagonists, both Mercedes-EQ drivers are consistent in their message that whilst Nyck de Vries still has a mathematical chance of retaining his crown, there will be no team orders imposed by their team.

Whilst de Vries has two wins to Stoffel Vandoorne’s one, he sits down in eighth in the championship. The Dutch driver hasn’t finished higher than P6 in races other than his victories.

Speaking at the Friday Drivers’ Press Conference, Vandoorne was asked whether Mercedes-EQ had discussed team orders:

“To be honest, no. Yeah, no. I just feel like I’ve gotta do a good enough job, to not have that problem, let’s say. I don’t think it’s a problem – you know, I think – until mathematically it’s impossible for Nyck, let’s say, to win a championship then I think everyone’s aware about the situation.”

He also confirmed that if and when it came to it, they would review it on a case-by-case basis.

“It was the same for me last year when I kind of lost the opportunity. If there ever comes a moment where we’re together on track, then we’re going to evaluate whether it’s beneficial or not.”

Even still, Vandoorne highlighted the challenges Mercedes-EQ would face as well as speaking to the bigger picture, saying that in reality, “Formula E is such a different way of racing” and that “it’s very difficult to orchestrate [a] swap of positions, or whatever it is. You know, there’s not only the drivers’ championship, there’s also a team’s championship, which is extremely close.”

He closed by adding that he’s “just trying to do the best – for myself, for the team – trying to deliver the most points and hopefully it’s enough like that in the end.”

Still a lot of points up for grabs

Teammate de Vries confirmed this approach when FormulaNerds spoke to him in the Media Pen before Free Practice. Asked if he’d be happy to partake in team orders, he said:

“First of all, of course, we are professionals, and, you know, we do whatever is required – what is best for, ultimately, the team. I think at this stage, I think we also need to realise we still have four races to go – two weekends. So, there’s still a lot of points up for grabs, and I think at this stage it’s too early to really talk about such an arrows [sic]. And on top of that, I think that the championship, anyway, is so hard to predict and control that probably, at this stage, it’s irrelevant.”

Vandoorne heads up the field with 155 points. He’s 11 points clear of ROKiT Venturi Racing’s Edoardo Mortara and 16 up on Mitch Evans of Jaguar TCS Racing. After a scoreless weekend in New York for rounds 11 & 12, Jean-Eric Vergne is fourth on 128 points. Mercedes-EQ leads the Teams’ Championship by 10 points to both ROKiT Venturi and DC TECHEETAH.