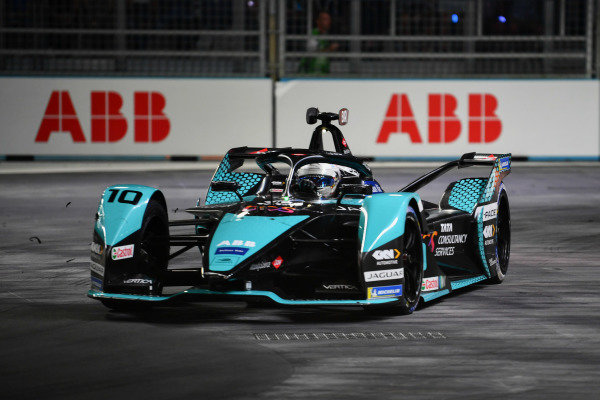 Will Bird return for testing?

Jaguar TCS driver Sam Bird will miss out on rounds 15 and 16 after sustaining a hand injury during round 14.

The team took to Twitter on Sunday (31st July) night to confirm that during round 14 Bird had sustained a “displaced mid-shaft fracture on his left hand.” Despite the injury, Bird finished the race to come home P8 and take home four points. With approximately 800 corners over the race distance, this was a very impressive finish, especially without power steering.

The announcement was made today that Bird would not be racing during the final rounds in Seoul as the team’s reserve driver, Norman Nato would take his place.

In a statement put out by the team on Twitter, Bird went on to say;

“I’m devastated not to be driving in the final two rounds of the season in Seoul, particularly as it would have been my 100th race in Formula E.”

Looking towards his recovery, Bird commented “I need to spend the next few weeks recovering from the operation on my left hand, so I am fully fit for testing and season nine.”

He concluded by saying, “I have confidence in Norman, he is a race winner and I’m sure he’ll bring home some great points for Jaguar TCS Racing.”

Despite Bird missing his 100th Formula E race, the British driver also sees his record of being the only driver to win a race in every season of Formula E broken.

Reserve driver Norman Nato will step into the Jaguar I-Type 5 in place of Bird. The French driver is no stranger to Formula E as he competed during the 2020/21 season with RoKiT Venturi Racing. During his time with RoKiT, Nato claimed 54 points as well as the race win in Berlin.

In a statement released by the team, Nato commented, “Firstly I want to wish Sam the speediest of recoveries.” He went on to say “As a reserve driver I’ve been with the team every step of the way this season.”

“Although I haven’t driven a Formula E car for over a year, when I get into the Jaguar I-Type 5 next weekend, I’ll be fighting for as many points as possible.”

He concluded by saying “I want to make the most of this opportunity.”