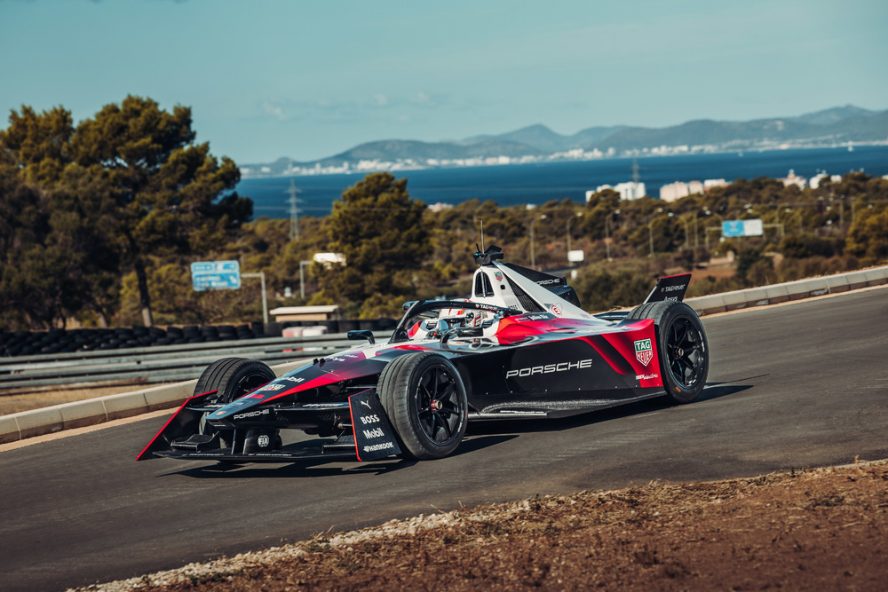 Porsche revealed the all-new 99X Electric Gen3 which is set to feature in Season 9 of Formula E.

It was unveiled at the Porsche Experience Center in Franciacorta, Italy after it was finished off to its finest detail in Weissach. As Porsche explained, this car would make part of the new set of Gen3 cars. They are set to be lighter with shorter wheelbases and a narrower track. However, the smaller battery will also give more power hence more speed. They also modified the car’s aerodynamics, and this new Porsche is set to improve the team’s racetrack performance.

It was inspired by Porsche’s brand purpose, “Driven by Dreams.” The 99X “signifies individuality, uniqueness and a future-oriented progressive zeitgeist that also appeals to a younger target group.” We will see the new Porsche live in race action for the first time in January 2023, when the season kicks off in Mexico on the 14th.

Porsche developed an in-house powertrain that has a driver power of 350kW maximum on the rear axle. This is 100kW more than the Gen2 cars. The new front powertrain of the cars will help give an energy recovery output of up to 600kW, more than double of the Gen2. While working on faster cars and powertrains, Porsche are working hand-in-hand with Formula E’s aim at sustainability while enjoying great motorsport racing.

German driver Pascal Wehrlein will once again be competing with Porsche in the Formula E Season 9 championship. Having already tested the new car, he is seeing positive signs for the 2022/23 season.

He said, “We’re experiencing exciting times as a team at the moment.

“During the tests with our new car, I had a good feeling right from the start. We gained a lot of insights and made great progress. At the very beginning, it was about getting the car running, but very quickly it became just as much about performance.”

He added, “And, of course, efficiency, which will also be a key to success with the new generation of cars. These were incredibly exciting experiences for me. We still have some time before the season starts. We’ll use that to become better acquainted with the Porsche 99X Electric Gen3 and put the puzzle pieces together so that we’re optimally prepared for the start of the season-opening race in Mexico.”

The Formula E 2019/20 World Champion joined Porsche for Season 9 from DS Techeetah. He is one of the drivers that has been in the sport ever since its creation. He has experience driving all generations of cars for teams such as Team Aguri and BMW I Andretti Motorsport. Filling in the space of Andre Lotterer, Da Costa admitted that the team was very helpful to make sure that he adapts quickly to his new environment.

He said, “Our new car is a big step forward. It’s lighter and more powerful than its predecessor – that alone brings a smile to a racing driver’s face. As a newcomer to the TAG Heuer Porsche Formula E Team, I’ve used the last few weeks to get to know the engineers and mechanics and to find my place in the squad.

“The team has made it very easy for me. I felt comfortable right from the get-go. I also get along well with my new teammate Pascal, whom I’ve raced against in various series. We have a common goal, namely to bring Porsche to the top. Porsche is a brand synonymous with victories. We want to deliver those as quickly as possible with the new Porsche 99X Electric Gen3.”