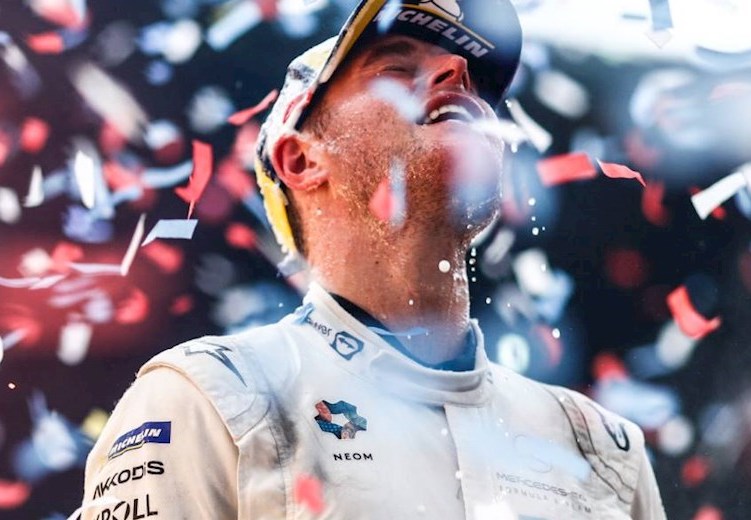 DS PENSKE has confirmed that reigning Formula E champion Stoffel Vandoorne will race for the team next season.

Over the course of four campaigns with Mercedes, the Belgian earned three wins, fifteen podiums and ultimately, a Drivers’ championship.

Vandoorne’s success was the perfect way for his team to wrap up its involvement in the sport, and sealed its second straight Teams’ title, but its exit also left him without a drive for 2022/23.

Fortunately though, the 30-year-old’s standout performances last year have attracted the attention of another title-winning manufacturer: DS Automobiles. The outfit has joined forces with Dragon Penske for next season, to bring a new team to a 2022/23 championship that’s already set to be shaken up by the introduction of the sport’s Gen3 cars.

While Vandoorne admits joining the outfit will be “a big change” after four years at Mercedes, he says he’s “very excited” to begin the campaign to retain his drivers’ crown.

“DS has achieved excellent results in the past, winning the Drivers’ and Teams’ titles twice: it’s a good record and one that I hope I can add to before long,” said Vandoorne.

“We’re now in full preparation mode with the Gen3 car and I’m just starting this story with my new team, so these are two exciting challenges for the coming years.

“One thing is sure: I can’t wait to get back on track, fight to defend my world title, and pick up plenty of trophies!”

Though Dragon Penske finished a lofty second in the Teams standings of Formula E’s inaugural season, it has slipped down the pecking order in recent years. In fact, the team picked up just 47 points last campaign, a meagre haul that saw it finish 11th.

However, heading into 2022/23, the outfit is now set to team up with DS Automobiles, a manufacturer that enjoyed great success alongside Techeetah throughout the Gen2 era.

Having earned a contract with the new-look DS PENSKE, Vandoorne is therefore joining a team that knows how to win, but in Jean-Eric Vergne, he’s also set to come up against a fiercely-competitive teammate.

As the winner of the 2017/18 and 2018/19 championships, the Frenchman remains the only driver to win back-to-back Formula E titles.

What’s more, Vergne achieved this feat with DS Automobiles, thus ahead of the 2022/23 campaign, he says he’s “extremely happy to continue his adventure” with the team.

“Our very first race together dates back to 2015 and I believe that our association has made a big impact on the history of Formula E,” explained Vergne.

“Over the course of these seasons, I’ve built a really strong relationship and trust with the team, both on a human and a sporting level.

“I’m also really looking forward to the partnership with PENSKE, which is a huge name in world motorsport, and to forming a solid driver pairing with Stoffel.

“Today is the start of a new chapter for the team and we are going to do everything we can to showcase DS PENSKE at the highest level.”

With the dust having barely settled in Seoul after Vandoorne’s maiden Formula E title was sealed there two months ago, the sport is already gearing up for another campaign.

Ahead of the new season, Formula E’s new tyre partner has been announced, with Hankook replacing Michelin following an eight-year stint as the sport’s dedicated supplier.

Formula E has also revealed that Tokyo will host a 2022/23 E-Prix, while NIO 333 have kept hold of Dan Ticktum, and Envision have signed Sebastien Buemi.

On the technical side of things, next season sees the launch of Formula E’s Gen3, which will see cars get smaller, 60-kilos lighter and feature a higher top speed of up to 200mph.

Vandoorne and Vergne will get their first taste of their new DS PENSKE drive when the 2022/23 campaign kicks off with pre-season testing in Valencia on December 13, 2022.