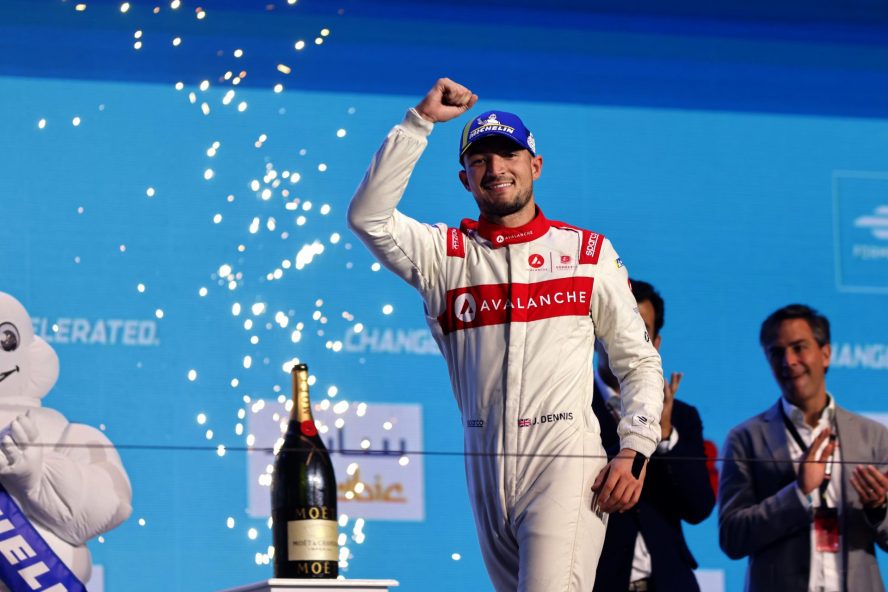 Jake Dennis and Andretti are about to enter the all-new Formula E Gen3 Era, as Season 9 approaches, with championship hopes.

Ahead of the season, we got to speak with Jake Dennis who just signed a multi-year contract with Avalanche Andretti. The team has also signed Andre Lotterer for this season. This year’s cars are faster than ever, thanks to the Gen3 Era. Having partnered with Porsche to produce their powertrain, Andretti look like one of the fastest teams on the grid.

Andretti is not a new name in motorsport and has been a prominent force in Formula E. In Season 8, Jake Dennis also tasted champagne in London when he triumphed on home ground. Looking ahead to finish Season 9 on home turf, Dennis is set to compete against some of the big guns in the all-electric series. While having a chat with him, we asked him whether he can see Andretti winning a championship – a constructor’s or even a driver’s one for himself.

Andretti have been in Formula E since its first-ever season in 2014. However, they are yet to list their name in the all-electric series hall of fame. The highest they ever finished in the championship is fifth. It seems like they have been missing a component of their winning formula. Looking at how they’ll fair this season and the ones to come, Dennis admits that they seem pretty solid. Let’s see what the Brit had to say.

What does Jake Dennis think?

We asked Jake Dennis whether he can win a championship with Andretti and he replied,

The 27-year-old explained to us why they couldn’t compete as much as for example Mercedes in Season 8. He also highlighted some changes the team make to strengthen their forces for next year.

He said, “We started the season off really well and then we had that really tough middle phase where we were just sort of, probably fifth best team or something like that. And if I had a really clean weekend I could scrape the top 10. But we just didn’t have the pace of DS [Techeetah], Mercedes or Jag [Jaguar]. But then towards the end of the season, the last two rounds we were probably the quickest car in qualifying if it was dry and the last few races weren’t that energy limited so we were again really strong.

“And obviously we moved away from BMW and gone to Porsche powertrain, which I feel is a good step forward for efficiency, I feel like anyway. We’ve got a lot of good people in our team now, we’ve got even better people for next year which have been employed through the winter.”

How does it feel to have Andre Lotterer as a teammate?

Dennis also praised Andretti for signing Andre Lotterer. He told us how the two can work together to bring success to the team. Now that they are both older and established themselves in the sport, they can approach the season more maturely.

He explained, “And then bringing Andre in, I think it’s just a really, really good move from Andretti. You know, we got a guy who’s very experienced in Formula E and then just, yeah, I don’t need to go on to list what he’s won. He’s just had an exceptional, exceptional career now and I’m just really excited to learn off him, just the way he goes about a weekend, the way he drives and just try to work together with him to try and deliver this package we’ve got.

“I think he’s mature enough and old enough now to really do what’s best for the team and not have that young, selfish desire which you can have at like the age of 20, 21, where you’re just trying to do what’s best for you. You want to do what’s best but you’ll have a negative impact on the team. So I feel like we’ve got two drivers now really pushing Andretti to take it to a next level. To try and match the top seasons.”