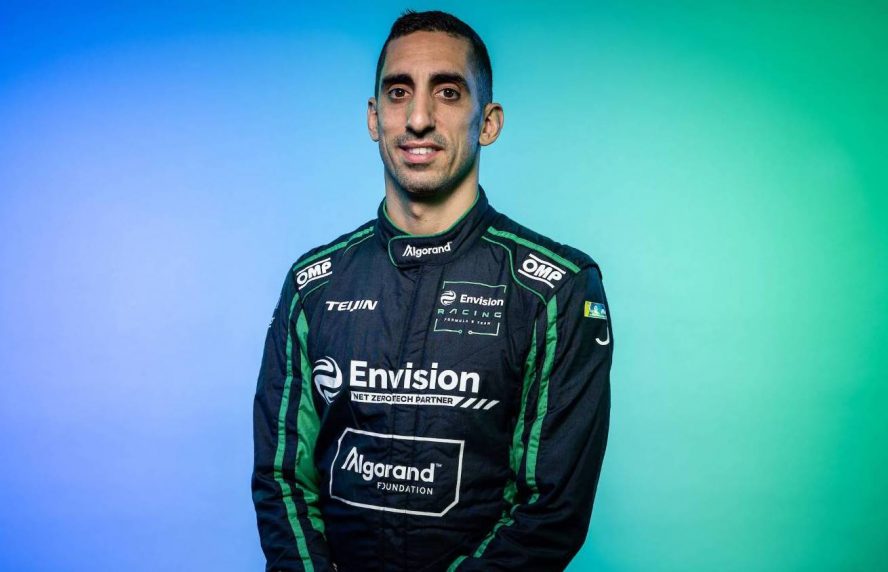 Buemi in the race overalls of his new team. (Photo Credit: Formula E).

Sebastien Buemi is one of Formula E’s most successful ever competitors. When the Swiss driver won the series’ second crown, few would have imagined that he’d be leaving the team that got him to the top, after two mediocre campaigns.

While his team changed name in 2018 from Renault to Nissan e.dams, Buemi himself had remained in the same seat since the sport’s inaugural season in 2014-15. So what has finally forced the ex-champion to look for pastures new?

Speaking to Autosport ahead of the final race of the 2021-2022 season, and the announcement of Buemi’s Nissan e.dams departure, he revealed that his main motivation is the pursuit of a second Formula E title.

“I want to be back at the front,” explained Buemi.

“That’s my objective. And these two seasons fuelled me very much, you know, because I didn’t have the tools to be at the front. So I want to prove that next year.”

In part, the 33-year-old said this drive for further single-seater success has been fuelled by his exploits in the World Endurance Championship (WEC). Buemi currently sits second in the WEC, having won the famed 24 Hours of Le Mans in June earlier this year.

“It’s obviously difficult to make sure you have the best success in both,” he added.

“You don’t forget how to drive overnight. So it’s good in a tough season to still have success.”

Although Buemi has racked up 13 wins and 29 podiums at Nissan, his experience with the team began to sour amid issues with its IM03 powertrain.

Nissan’s controversial twin-motor arrangement was outlawed in 2018/19, forcing the outfit to come up with a new design altogether for the following season. However, while the Swiss driver’s teammate Oliver Rowland had some success with this powertrain, winning in Berlin the next year, his team then shook things up again ahead of the sport’s Gen. 2 homologation.

Introduced as a means of allowing teams to save on costs, these rules did not go well for Nissan. Over the 2020/21 campaign, Buemi scored just 20 points in his worst ever season, and his team sunk to tenth in the standings.

While Buemi was able to score a commendable fifth and sixth in the New York E-Prix and London E-Prix respectively last year, he says that given what he’s achieved in the past, he was “not happy” with settling for points finishes.

“We had a problem with the package. Unfortunately, it was homologated since last year. So most of seasons seven and eight were compromised due to that,” he said.

“Obviously, we were fighting as hard as we could. But there is a good explanation behind why we were where we were.

“Unfortunately, this is the sport, that’s the rule. The team has done a great job trying to perform the best it could. But obviously, the limitations were there.

“Considering the limitations we had in New York and in London, we were quite good. So yeah, in the end, it was good, but obviously, I was hoping to achieve more than just P6.”

Envision may have ended the 2021/22 season with 194 points, 125 points short of Mercedes in the teams’ standings, but the outfit has reasons for encouragement heading into next year.

With Audi having pulled the plug on Formula E, leaving the team without a powertrain supplier for the 2022/23 campaign, it has now turned to Jaguar.

As a result, while Nissan have signed Nato and Fenestraz for next year, Envision heads into the Gen.3 era with an experienced driver and the backing of a manufacturer with a history of providing competitive powertrains.

Given that Buemi, a veteran of 55 Formula 1 Grand Prix and 98 Formula E E-Prix, has also been handed a multi-year contract, he therefore has time to bed in and help his team progress to the front.

With the Gen. 3 cars not due to run until testing in Valencia from December 13-16, 2022, it’s difficult to say for sure whether the Swiss driver will be able to compete from the off. But if Buemi’s previous is anything to go by, he could be a force to be reckoned with.

“It’s an interesting time to be part of Formula E and I can’t wait to start driving for Envision Racing next season,” added Buemi. “I have always had a huge amount of respect for the team, and I believe they’ve done a great job in maximising results over the years.

“The new Gen3 era is hugely important for the sport and presents a new challenge, with a faster, lighter and more powerful car.

“My objective is to fight at the front, so I’m looking forward to start testing and preparing myself ahead of the first race in Mexico City.”