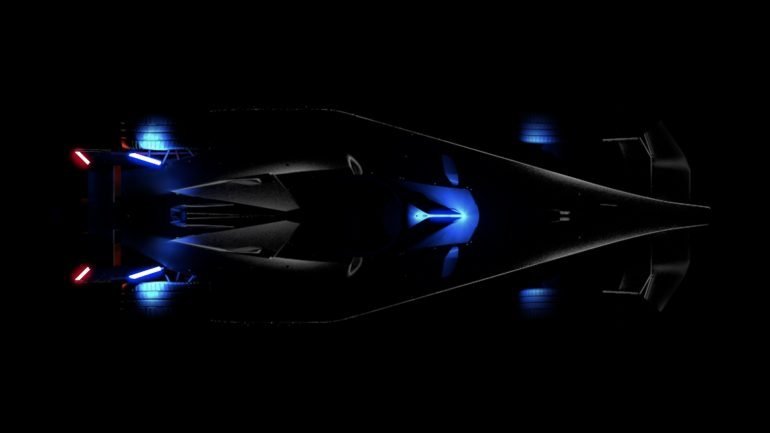 Formula E is set for some changes for the upcoming season in 2022/23.

The motorsport competition will be entering the Gen 3 era, as it develops more ways how to race and be sustainable while doing so.

As Formula E announces what Gen 3 will offer the sport, Envision Racing announced a partnership with a new supplier for 2022/23, Jaguar TCS Racing.

Formula E said that this era will give the sport the “world’s most efficient racing car”.

Now in this context, when we say “efficient”, it means how much energy will be conserved.

The more energy conserved, the more efficient it will be, hence more sustainable.

40% of energy will come from the regenerative energy produced by braking, similar to the Kinetic Energy Recovery System (KERS) used in Formula One.

This type of car will have a powertrain both on the front and rear, making it the first-ever.

The front powertrain will give out an estimate of 250kW while the rear one will give out approximately 350kW, enhancing the regenerative capability of the car.

The front powertrain will enable it to be the first-ever car to not feature hydraulic brakes, making it more sustainable.

The electric motor will also give out about 350kW of power.

The total power that the motor and powertrains give, will enable the car to reach a maximum of 320km/hr, making it as fast as a Formula One car.

This car will be smaller and lighter than those which are currently being used, the Gen 2 era cars.

This is to create faster cars with more wheel-to-wheel racing in Formula E.

Formula E comes with a life cycle that gives a “second life” to the material used with aim of sustainability.

The motorsport competition’s aim is that it reaches zero carbon.

It aims at reducing rubber from end tires, debris from broken parts and reducing CO2 emissions from battery cells.

To tackle each of these, Formula E came up with other automotive partnerships.

To reduce rubber, 26% of the composition of tires will be from sustainable materials.

For the broken parts of cars, Formula E is working hand-in-hand with the aviation and aerospace industry, to recycle the fibre broken parts and produce new applications.

Finally, Formula E has been tackling carbon emissions ever since its foundation with the electric motor.

What is special about the Gen 3 motor though is that it will be converting 90% of the electrical energy to mechanical when compared to the 40% converted by the Internal Combustion Engine (ICEs).

To make sure that all teams are following such procedures, Formula E set up Key Performance Indicators (KPIs) for teams to follow.

As a car manufacturer, Jaguar has been one of the most innovative companies in electric automotive.

This is with the use of the Jaguar I-Pace, an all-electric SUV.

Its used batteries are used to develop a zero-emission energy storage unit, in cooperation with Off Grid Energy.

The team used this battery to prepare for the 2022 Formula E season.

It ran the team’s diagnostic equipment and supply auxiliary power to the pit garage.

Its charged by solar panels and gives out zero-emission power.

Jaguar seeks to become an all-electric luxury brand by 2025.

Executive Director for Strategy & Sustainability for Jaguar Land Rover, Francois Dossa said, “Our collaboration with Off Grid Energy is a proof point in such direction, showing it’s possible to supply zero-emission power through the combination of renewable and second-life batteries.

“Through their testing at Valencia, the Jaguar TCS Racing team have shown how we can inspire the whole ecosystem to continue to explore synergies and validate solutions for clean energy.”

Jaguar joined Formula E in its third season in 2016.

Evans has been racing for the team since their debut in Formula E.

He gave the time their first win in Rome during the 2018/19 season.

The team has so far celebrated four wins and 14 podiums in 66 Formula E races.

Making slow progress every year, Jaguar are looking to compete for a championship.

Their collaboration with Jaguar Land Rover and Envision Racing are making them a more prominent figure in the sport.

They have taken the electric automotive industry by storm and look at achieving carbon neutrality by 2025.

It will be the first luxury car company to be carbon neutral from 2025 if achieved.

Effect on Formula One?

This question is always asked.

They are two very different motorsport competitions but let’s keep in mind that Formula One will be moving towards an electric engine in 2026.

Will Formula One start looking to eventually turn electric too?

The new Gen 3 Era will see Formula E cars reach the speed of a Formula One car.

This was one of the concerns why F1 cars cannot go electric, as some claim.

Some think that electric F1 will not be powerful enough to reach such speed.

Now Formula E proved that an electric race car can have such power, the only thing lacking is durability.

Formula One host a two-hour race while Formula E has 45-minute races, so the issue of having an electric motor last for two hours of a race remains.

Formula E is making great development and I would not be surprised if Formula One choose to take some of its steps too.