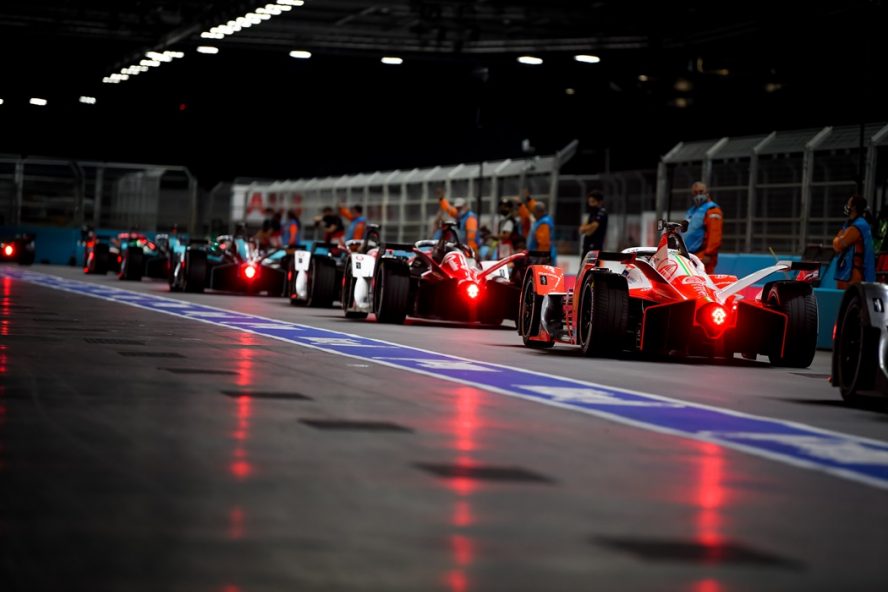 Last season, Formula E attracted a record-breaking live audience for the second year in a row.

According to the series’ organisers, Season 8’s live viewership was around 216 million people, up 10% on last year’s previous high.

Alongside a rise in live viewers, the total hours fans spent watching Formula E content jumped 58% against Season 7, while its overall audience grew 20% to 381 million.

Formula E’s increasing popularity is hardly surprising given the championship’s role as a showcase for electric vehicle (EV) technology, and its ongoing competitiveness.

Last year’s title also went down to the wire, with Mercedes’ Stoffel Vandoorne clinching the drivers’ title at the season-ending Seoul E-Prix.

However, the series’ CEO Jamie Reigle believes the way it was broadcast around the world, was decisive in making it a more attractive proposition for potential viewers.

“Millions more fans tuned in to watch last season than ever before thanks to consistent scheduling, improved broadcast presentation and sporting innovations like our game-changing qualifying format,” says Reigle.

“The championship went down to the wire in Seoul with four drivers vying for the title and Stoffel Vandoorne emerging as world champion. We thank our global network of committed broadcast partners for their contribution to delivering a record-breaking Season 8.

“We will work together to build on our momentum and reinforce Formula E’s emergence as a mainstream sport for the next generation.”

Fans may baulk at the idea that the early starts and late finishes in E-Prix outside of Europe last year helped drive Formula E’s viewership, but there’s method in Reigle’s apparent madness.

Thanks in part to timing, Asia’s first E-Prix since 2019 in Jakarta became the most-watched domestic race in the series’ 100-race history, attracting a 27.6 million audience in Indonesia.

Last year, a larger than ever 16-race Formula E calendar also saw the sport expand into new locales across ten global cities, and its offering on socials grew in tandem.

Formula E’s views and interactions on its social and digital channels also rose significantly by 165% and 49% respectively. The series’ organisers attribute these gains to a “refreshed social media content strategy,” launched in 2021 to drive fan engagement.

In terms of session format, Formula E changed things up with a new qualifying setup in Season 8. This saw all 22 drivers compete in two groups, the top four of which went into a head-to-head knockout ‘Duels’ tournament to fight for pole.

The series’ organisers claim the format has proven a “popular innovation for fans,” and this was reflected in 49% growth in the sport’s qualifying audience compared to Season 7.

Continuing a trend first seen in Season 7, live viewers also made up the majority of Formula E’s audience last season, as more fans tuned in live than watched session replays.

What’s next for Formula E?

With sweeping technical, driver and team changes set to shake-up the grid in Season 9, fans could be treated to the most exciting Formula E championship yet.

Undoubtedly, the series’ biggest change next season will be the introduction of its much-anticipated Gen3 cars. Unveiled at the Monaco E-Prix earlier this year, the new cars are said to be designed for closer wheel-to-wheel racing, while being 40% more energy efficient than their predecessors, and capable of a higher 200 mph top speed.

Another Gen3 development that’ll likely drive competition in Season 9, is the cars’ deeper reliance on software. Though previous championships have hinged on aerodynamics, next season’s is expected to see teams issue programming updates throughout the year, in a way that makes software a real battleground for performance.

As always, driver and team changes have added to anticipation ahead of the new campaign as well. With Mercedes exiting the series last year, reigning champion Stoffel Vandoorne has joined Jean-Eric Vergne at a new-look DS PENSKE outfit.

2017/18 and 2018/19 drivers’ titles winner Sebastien Buemi, meanwhile, has left his long-term drive at Nissan e.dams for pastures new at Envision, and NIO333 have retained Dan Ticktum.

One thing fans won’t see returning in Season 9 is Fanboost. While the concept of fans voting for their favourite drivers to receive a power boost has long been part of the series’ setup, the decision was taken to scrap Fanboost in Formula E earlier this week.

Although attack mode will be retained, and the move is likely to be welcomed by teams seeking purer racing, it remains to be seen if this will impact fan engagement.

To find out what the fuss is all about, join Formula E’s growing following and check out its next generation EV technology, fans can tune in to the first race of next season on January 14, 2023 in Mexico City.