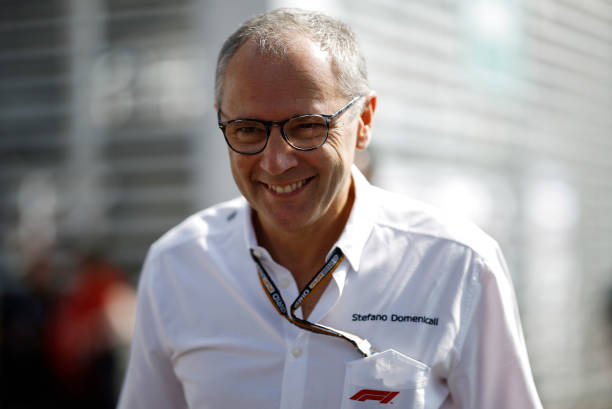 Formula 1 will launch an all-female driver category, the F1 Academy. The series aims to develop young females to progress to higher levels of competition – including W Series, Formula 1, Formula 2, and Formula 3.

The F1 Academy will include five teams, who are ran by current Formula 2 and 3 teams. Each team will have three cars to make up a 15-car grid.

The first edition of the series will consist of seven events, which will have three races. This will have a race total of 21, plus an additional 15 days of official testing, with the 2023 calendar set to be announced soon.

The series will be a spec series with all cars having a Tatuus T421 chassis. The engine will be turbocharged supplied by Autotecnica. The engine will deliver 172 horsepower. Pirelli will still supply the tyres for the series.

The aim of the series

The aim is to maximise the opportunity for talented women to reach the highest level in motorsport. Furthermore, current talent in go-karting or other junior categories to have a fundamental level of experience needed before going into Formula 3, making steps in the Formula 1 pyramid.

The goal is to fill the gap of barriers, preventing women entering the Formula 1 pyramid. The racers will gain vital experience working with established professional teams. The teams will develop the crucial technical, physical, and mental attributes for elite motorsport.

Formula 1’s desire is to have future aspiring females have the best opportunities to unlock their potential. The first step being to get into Formula 3.

W Series will still be involved, providing a great platform for female drivers. The F1 Academy will provide an additional route for females alongside the W Series to gain fundamental experience.

Thoughts on the F1 Academy

Formula 1 CEO Stefano Domenicali had his say on the F1 Academy, saying: “Everyone should have the opportunity to follow their dreams and achieve their potential and Formula 1 wants to ensure we are doing everything we can to create greater diversity and routes into this incredible sport.”

“That is why I am delighted to announce the F1 Academy that will give young female drivers the best chance to fulfil their ambitions through a comprehensive programme that supports their racing careers and gives them everything they need to move into F3 and hopefully to F2 and then the pinnacle of Formula 1. The more opportunity there is the better and this is designed to provide another route for the drivers to succeed.”

Formula 1’s Head of Sustainability Ellen Jones added: “In 2019 we launched our sustainability and diversity & inclusion strategy and made a commitment to build a more diverse and inclusive sport, breaking down the stereotypes associated with a career in motorsports and encouraging people from all backgrounds to get involved.

“Over the past few years, we have been making strong progress on these important issues within our own business and across the sport. Today’s announcement is a very important commitment that will ensure young female drivers get the very best opportunity to begin their professional motorsport career and climb the ladder to the top by developing their skills and experience in the right way and with the right level support.”

The Manager of the F1 Academy Bruno Michel is “very excited to launch this new category”, saying: “Diversity is extremely important in motorsport, and with the F1 Academy we will prove that female drivers have what it takes to compete at high levels. I am absolutely convinced that if young women are given the same amount of experience as any other driver, they can successfully make their way through the pyramid.

“Our goal is to see female drivers on the F3 grid in the next two to three years, and for them to quickly challenge for points and podiums. The aim is to increase the field in the near future, because we hope that this category will inspire more young girls to compete in motorsport at the highest of levels.”

Charles Leclerc “was at 110%” to finish second in Abu Dhabi

W Series have their say

W Series CEO Catherine Bond Muir has her say on the F1 Academy:

“W Series created the first platform for women in motorsport which has inspired young girls all around the world since our inaugural season in 2019. It is fantastic to see this grow as a result of our pioneering work.

“W Series welcomes any initiative which shares our ambition to provide more opportunities for women in motorsport. Our objective from the start has always been to increase the talent pool of women racing drivers, and the addition of the F1 Academy as a feeder to W Series and other series is a further step in inspiring the next generation to progress up the motorsport ladder.

“We are looking forward to finalising W Series’ plans for 2023 and beyond, providing exciting racing and entertaining our fans around the world. Our mission is still clear: to offer women racing drivers a platform to race globally at the pinnacle of women’s motorsport, and in doing so continue to spread our message further and wider.”