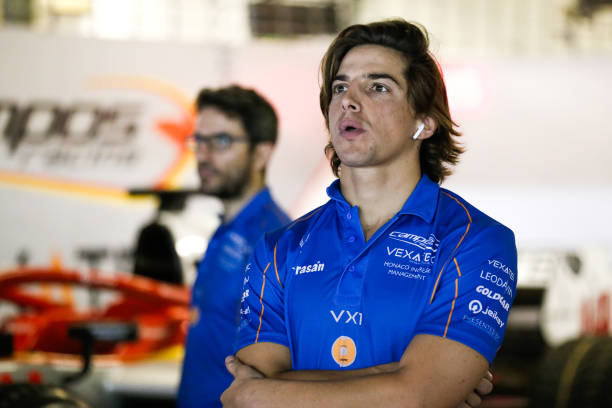 Roberto Merhi will be replacing Ralph Boschung in Formula 2 ahead of Round 8 of the championship. Boschung has been suffering neck pain and missed several races since Imola this season.

Boschung first complained of neck pain after the third round of the championship at Imola. After experiencing significant problems during Qualifying the following round at Barcelona, Campos announced Boschung would not compete for the rest of the weekend.

Then, at Monaco, Boschung again competed up until Qualifying, before withdrawing again. He recovered enough to compete in Baku, but at Silverstone his pain persisted. He qualified 17th before withdrawing from the rest of the weekend for the third time.

Ahead of Austria this weekend, Campos Racing put out a statement from Boschung that said “It’s been a tough few last months, since after Imola the neck has dominated my everyday and professional life. It’s very tough to leave the team mid season like this but I really need to recover from this injury and I thank my sponsors and the team for being fully supportive.

“I wish Roberto the best of luck in Austria, I am happy to give him the chance to drive the Moonmobile, he is a good friend and a great driver.”

Campos has announced former Formula 1 driver Roberto Merhi as Boschung’s replacement for this weekend. Merhi competed in 13 Formula 1 Grand Prix in 2015 with Marussia, before being replaced by Alexander Rossi for the rest of that season.

Merhi has prior experience in Formula 2, having raced in the series part-time in 2017 and 2018. He subbed in for two different drivers during 2017, first with Campos and then the Rapax team.

Merhi had a full-time contract to race in Formula 2 for 2018 with MP Motorsport, but was replaced after Round 8 of the championship. He returned for the final two rounds of that season replacing a driver at Campos.

Merhi’s statement on his position this weekend said “Very happy to return this weekend to Formula 2 after four years. The last time I got into Formula 2 was in Abu Dhabi, where I finished on the podium. I would like to thank the trust that Ralph Boschung and the team have placed in me.”

It’s not yet known how long Boschung will be out for, and how long Merhi will be filling in. Austria is the first of three rounds taking place in July, so it will be a busy month for the teams and drivers. Merhi will be taking part in all events until Boschung is recovered and ready to return to Formula 2.