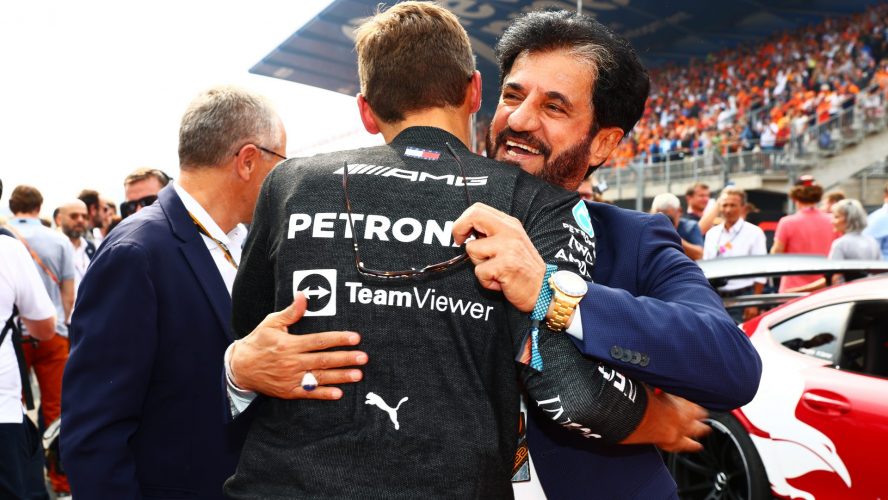 FIA President, Mohammed Ben Sulayem, has announced a new plan to combat the online abuse of drivers and team members and make motorsport “appealing to all”.

Speaking at the FIA Annual General Assembly in Bologna, Sulayem revealed: “We are conducting research and building relationships with the EU, sporting bodies, and social media companies with a goal of convening a summit to make firm commitments to stop online hate.”

There have been several high profile cases of online hate toward drivers and team members in F1. Most notably in 2021, Nicholas Latifi received so many hateful messages on social media, he was forced to leave the sites and even hired private security.

“I really want the FIA to play a lead role in reducing online abuse worldwide.”

“That is why we have taken steps to tackle online abuse by using artificial intelligence to clean up our social media.

“Since we started using it in October, it has instantly blocked 2,400 severely toxic messages from appearing.”

In November of 2022, Sulayem made another statement on online abuse after steward Silvia Bellot was the subject of death threats.

“Passions run high in sport, but online harassment, abuse and hate speech must not be tolerated.

“Everyone in our sport, from the media, teams, drivers and fans has a role to play. We cannot ignore this. I urge the entire motorsport ecosystem to take a stand.