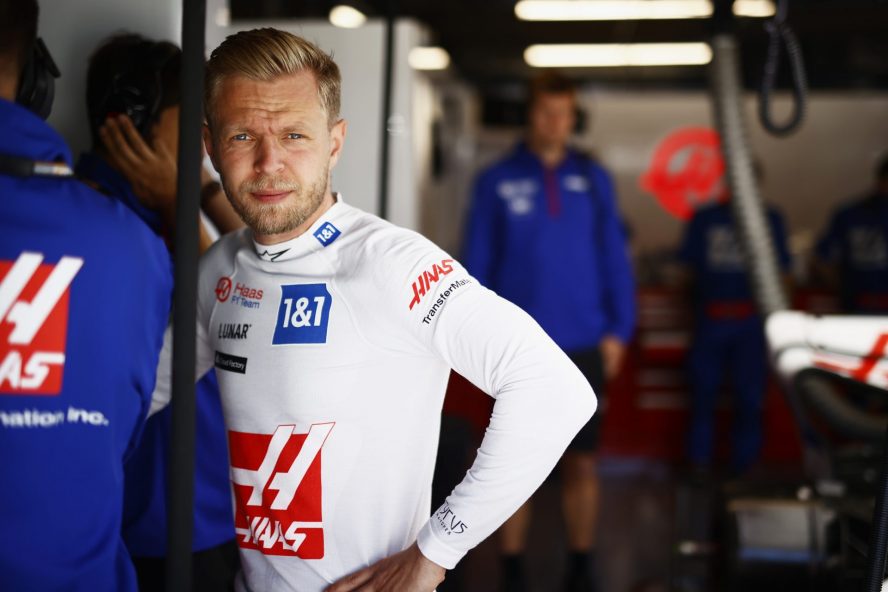 No rest for the FIA lately, as the Federation has been strongly accused by Haas driver Kevin Magnussen of being too easily influenced in its decision. Moreover, even Ferrari team principal Mattia Binotto had his bone to pick with the race control due to the decisions taken during the Canadian Grand Prix.

Magnussen: “Let us race if we can”

Even after the removal of race director Michael Masi following the events of Abu Dhabi 2021, the FIA continues to be highly unpopular and collects critics everywhere. Lately, it was the turn of Haas driver Kevin Magnussen, who received a black and orange flag for damage to his front wing. As reported by Autosport, the Dane was only instructed to box on lap 7 after Ocon’s complaint on the radio, despite the damage being visible since the first lap.

“I was just talking to Ocon now and he was joking how he told the FIA that it was really bad. If you know you can influence the FIA like that, you’re going to do it, aren’t you? Which he sort of did, and fair play.

“But you’ve got to let us drive with that shit, it’s nothing. I just had a bit of contact, nothing serious. Scratched my front wing a little bit and then was told to pit.”

Reiterating how the mechanical damage wasn’t important, the Haas driver compared his situation to the past, reflecting on the more cautious approach that has been taken by the FIA lately: “The car was fine. The front wing was safe, it was not broken off. Think back to Jeddah last year, Lewis Hamilton won the race with half a front wing, which I think is correct. Let us race if we can.

It feels like suddenly very different. In Monaco they don’t start us because it started drizzling, and then here I’m called in because I have a scratch on my front wing.”

Binotto: “Was it necessary?”

On the other side, Ferrari team principal Mattia Binotto also complained about the FIA calls during the Canadian Grand Prix. In particular, the management of safety cars and virtual safety cars wasn’t at best. The Italian declared to Speedweek.com: “When Yuki crashed, it took a very long time for race control to decide to put the safety car out. He came onto the track when Sainz was already hard on his way to start-finish. Fortunately, our men then acted with lightning speed and brought Carlos in immediately. I think there was about a second to act and that’s what we did.”

On the same track that led to controversy in 2019, the Ferrari team principal now asks for quicker action: “I just wonder when the safety car was deployed: was it necessary? We need some quicker decisions from the race control.”

Overall, the FIA seems to be running into never-ending critics in its post-Abu Dhabi era. Canada had been the turning point in 2019 for better race management following Sebastian Vettel’s protests based on “let them race”. Could Montreal highlight once again that it’s time for the FIA to try a new approach?