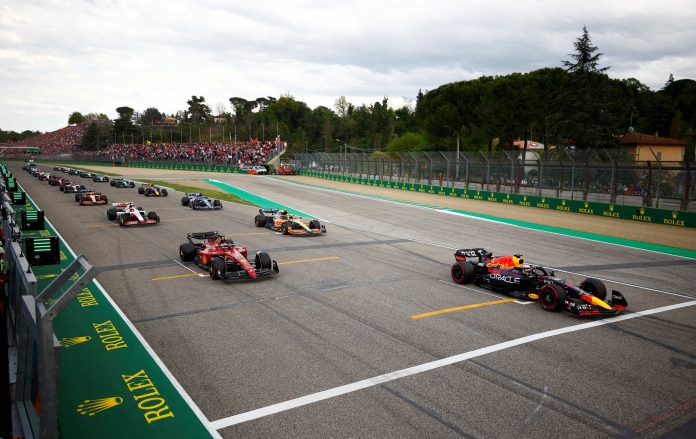 The ongoing delays over more sprint races are perplexing F1 bosses. Following a recent meeting of the F1 Commission, a decision on increasing the number of sprint races for 2023 was expected imminently. However, the FIA says it is “still evaluating the impact of this proposal on its trackside operations and personnel”. The silence from the FIA since, and no update or details is confusing Team Principals.

F1 bosses rejected the original proposal last year for additional sprint races for 2022. Racefans.com is reporting Team Principals have now spoken out on the issue. McLaren Racing CEO Zak Brown has spoken of his surprise at the delays, but is hopeful of a resolution:

“The FIA and Formula 1, at least since I’ve been around, have always been pretty aligned with coming into meetings,” he said. “So I think the table was a bit surprised that they hadn’t discussed that in advance and aligned it by the time they come in to the meeting.

“But I think at the end of the day, it’ll get sorted.”

Mercedes Team Principal Toto Wolff spoke of the decision needing detailed scrutiny.  FIA President Mohammed ben Sulayem and F1 CEO Stefano Domenicali will ultimately have the final say. Wolff believes the reason for the delays is to allow more time for a decision:

“I think that scrutiny needs to be given on the decisions we make,” said Wolff. “And I’m sure that between Stefano and Mohammed, we’re going to come to a resolution. For Mohammed it was important to hear the FIA’s members’ opinion, and he wasn’t against it, just that he needed more time for that decision.”

“For Mohammed it was important to hear the FIA’s members’ opinion, and he wasn’t against it, just that he needed more time for that decision.”

Alpine CEO Laurent Rossi is encouraged by the discussions, believing a breakthrough will happen:

“It’s good that all the governing bodies are making sure they’re fully aligned – because once you get there, you cannot really pull back. So, I think it’s nice that we are working properly, we will have a bit of a debate and a bit of homework until we get to an alignment, and we just go for it.”