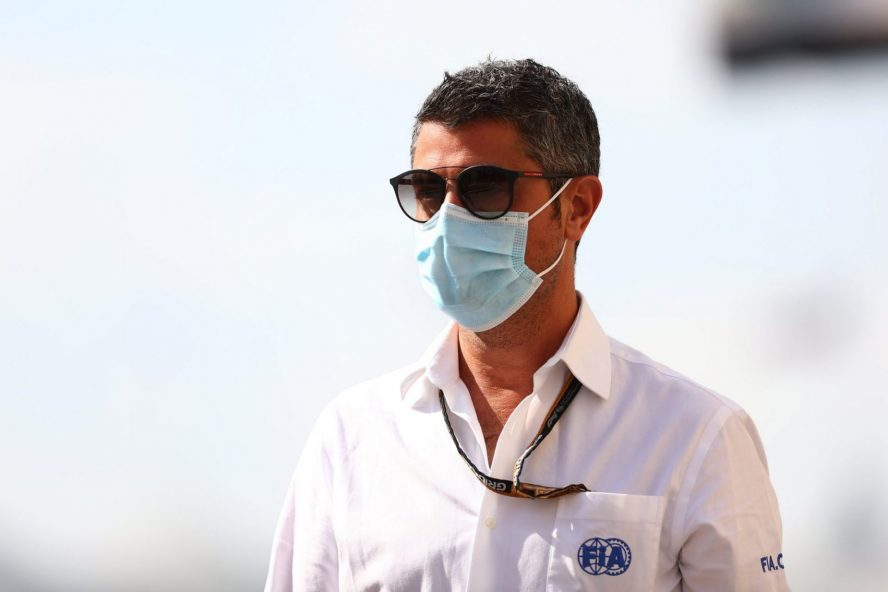 The Ex-Formula 1 Race Director has now left the FIA completely, five months after being demoted for his role in last season’s controversy.

The FIA has issued a statement confirming the exit of former Formula 1 Race Director Michael Masi.

Seven months ago, the Australian official made global headlines with his decision-making at the 2021 Abu Dhabi Grand Prix. In a controversial move, Masi allowed the race to restart with only some drivers having been allowed to unlap themselves.

The decision saw seven-time world drivers’ champion Lewis Hamilton restart with old hard tyres, handing the initiative to his recently-pitted rival Max Verstappen, who promptly went on to win the race and the championship.

In the aftermath of the controversy, an FIA investigation found that Masi had acted “in good faith,” but having lost his job in a shake-up of race-day officials, he’s now leaving the organisation altogether.

“The FIA confirms that Michael Masi has decided to leave the FIA and relocate to Australia to be closer to his family and take on new challenges,” stated the FIA.

“He oversaw a three-year period as FIA Formula 1 Race Director and Safety Delegate, carrying out the numerous functions he was tasked with in a professional and dedicated manner,” the organisation added. “The FIA thanks him for his commitment and wishes him the best for the future.

Masi’s stint up to Abu Dhabi

Prior to his role in the outcome of last season’s championship, Masi was actually better known for his work in the officiating of V8 supercar races than Formula 1.

The Australian didn’t enter the sport until 2018, when he joined as an understudy to the long-serving Race Director Charlie Whiting. It was Whiting’s sudden passing at the 2019 Australian Grand Prix that brought Masi to the forefront of F1, and saw him take on further responsibility, but his time in charge was ultimately blighted by the end of the 2021 season.

When Nicholas Latifi crashed to bring out the safety car in the race’s closing stages, the Race Director opted to let some but not all drivers unlap themselves, in what Mercedes initially considered to be a breach of the sport’s regulations.

After Verstappen went on to pass Hamilton for the win, Mercedes protested the decision to no avail, but despite this, Masi still lost his job via an FIA reshuffle in February 2022. In the aftermath of a lengthy investigation, it was decided that Masi was undersupported in his role, and his responsibilities have since been split among multiple officials.

The FIA has also tweaked F1’s Sporting Regulations to say that in the event of lapped drivers being allowed to unlap themselves, “all cars” must be allowed to do so. Despite these changes, Masi has remained a target of abuse, with Mercedes boss Toto Wolff labelling him a “liability” for his time in charge, and the Australian has now left the FIA completely.

Even prior to the 2021 Abu Dhabi Grand Prix, Masi was regularly accused of mismanaging races, amid an epic season-long battle between the Mercedes and Red Bull teams.

In fact, speaking to the PA news agency earlier this year, Wolff revealed that he’d had lunch with Masi only a matter of days before the race, during which he’d urged the official to turn the criticism he was facing into action.

“I had lunch with him [Masi] on the Wednesday before the race, and I said to him that ‘I really want to tell you, without patronising you, that you need to take criticism on board’,” explained Wolff.

You hear from the drivers and how the drivers’ briefings were conducted [by Masi], and some of the guys said it was almost disrespectful how he treated some of them.”

“It wasn’t about influencing him but really giving my honest feedback that he shouldn’t block outside opinion as simply being wrong,” he added.

With Masi having left the FIA entirely, many Hamilton fans will no doubt be sighing in relief, but as is the nature of Formula 1, its rulemakers continue to face pressure on multiple fronts.

Last month, the FIA was criticised for introducing a directive designed to tackle some of the safety issues associated with the porpoising issues affecting this season’s cars. While the changes are set to be rolled out at the French Grand Prix on safety grounds, Red Bull boss Christian Horner has warned that the FIA is taking a “dangerous path by dictating set-up.”

At last weekend’s Austrian Grand Prix, race stewards also reported no fewer than forty three separate track limits violations. This saw Lando Norris, Zhou Guanyu, Pierre Gasly and Sebastian Vettel get in-race penalties, and showed that as is always the way in Formula 1, controversy continues to wait around every corner, even in Masi’s absence.