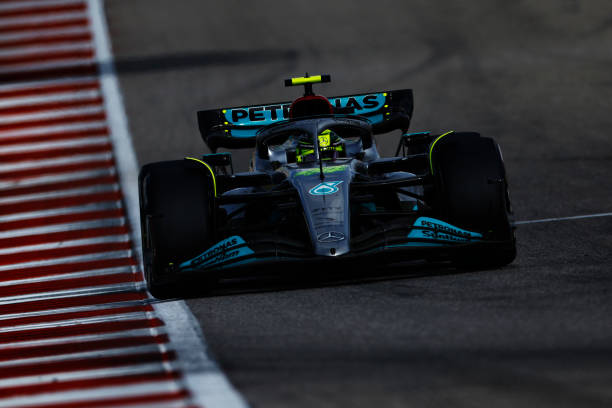 The FIA has formally ruled against the “slot-gap separator” front wing that Mercedes debuted at the United States Grand Prix.

Mercedes never had a chance to use their innovative front wing design due to protests by various teams. The part of the wing that was controversial was slot-gap generators, which had more of an aerodynamic effect than the regulations supposedly intended.

That specific part of the front wing is, per the regulations, supposed to be used for “primarily mechanical, structural, or measurement reasons.” But the Mercedes design supposedly had an aerodynamic advantage that it wasn’t allowed to have, as some teams argued.

Why Mercedes never used it

“We brought the front wing here actually just freight-wise,” Mercedes’ technical director Mike Elliott said at the time. “It wasn’t meant to run this weekend, we only brought one of them so we’ve not got enough.”

“I think there’s a fuss about it because in the regulations it talks about the primary use being for ‘mechanical’ or ‘measurement’ purposes and clearly there is a secondary benefit of an aerodynamic design that’s in there as well. We’ll decide whether we want to argue that one or not.”

In the end, Mercedes never used the design, instead sticking to their old front wing to avoid any sort of protest. Elliott said the team decided it wasn’t worth the risk.

“We go through a CAD [computer-aided design] review process with the FIA before we come to the circuit, that happens all the time. So it was something that was seen there and then they came back and said, ‘we’re not so sure about this.’”

So due to the controversy, the new front wing was never run, despite them bringing it to the United States Grand Prix. Now, the FIA has officially banned the design that Mercedes created by redefining the wording of the regulations.

According to the new draft of regulations approved by the World Motor Sport Council this week, the separators on the front wing must ”provide a structural connection between consecutive [front wing] profiles.” So this particular Mercedes’ design won’t ever see the race track, at least in the way we saw it at the time.