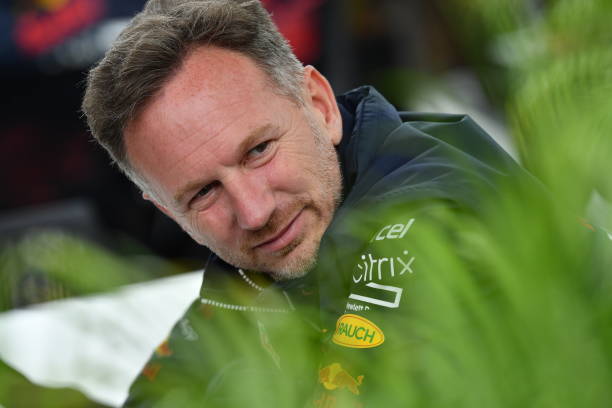 The Red Bull team principal is unhappy with recent changes

Following attempts by the FIA to limit the damaging effects of porpoising, Christian Horner expressed concern that some teams are receiving preferential treatment.

The Azerbaijan Grand Prix saw a range of drivers complain of pain as a result of their cars’ extreme bouncing. To tackle this issue, the governing body announced a technical directive that would reduce how far teams could sacrifice drivers’ comfort for performance.

The main change set a level of permitted vertical oscillations. In layman’s terms, if cars porpoise more than this level, teams could receive a penalty.

Another element of the directive allowed teams to add a second stay to the floor of their cars, which in theory would help to stabilise and strengthen. It was Mercedes’ use of this new rule that drew criticism from Horner.

What is Christian Horner’s problem?

The Brackley outfit added a second stay ahead of their weekend in Canada. After failing to see a notable improvement in performance, the team removed it before FP3. Under last week’s technical directive, this is entirely legal.

However, Christian Horner does not seem to support Mercedes’ changes.

He said: “I think what was particularly disappointing was the second stay because it has to be discussed in a technical forum.”

Team principals questioned the timing of Mercedes’ move in a group meeting. As the FIA announced the directive just after Baku, some were curious as to how long the team had this second stay ready. Horner continued:

“That is overtly biased to sorting one team’s problems out, which was the only team that turned up here with it even in advance of the technical directive.”

Mike Krack, team boss at Aston Martin, described the meeting as “a bit emotional for some” as big personalities clashed.

It may be entertaining imagining team principals quarrelling, but it would be even better to watch it. Netflix is currently filming the fifth series of Drive to Survive and was documenting the meeting.

Horner said that the discussions certainly featured “an element of theatre”.

Further criticism of the FIA

Red Bull is not the only team to take issue with the technical directive. Ferrari’s Mattia Binotto also commented on what he perceives to be unfair changes.

“You cannot change the regulation through a TD. And that’s governance.”

According to him, the FIA did not impose the metric introduced to limit porpoising in Montreal.

“As a matter of fact, I think that they have been issued by mistake,” he said. “I think that as first as you said part of it, the metric has not been applied. The extra brackets have been not fitted in any car for the weekend. So a big noise for nothing.”

The eight-time constructors champion is no stranger to others protesting their methods. Their innovative dual-axis system (DAS) in 2020 caused widespread controversy, as did their party mode setting.

However, team principal Toto Wolff believes that other bosses have gone too far this time. Their criticism comes at the expense of driver safety, in his view.

He said: “Team principals trying to manipulate what is being said in order to keep the competitive advantage and trying to play political games when the FIA tries to come up with a quick solution, to at least put the cars in a better position, is disingenuous.

“I’m not only talking about the Mercedes: all of the cars suffered in some way or other in Baku, and still do it here. The cars are too stiff. The cars bounce or whatever you want to call it.

“We have long-term effects that we can’t even judge. But at any time this is a safety risk, and then coming up with little manipulations in the background, or Chinese whispers, or briefing the drivers, is just pitiful.”