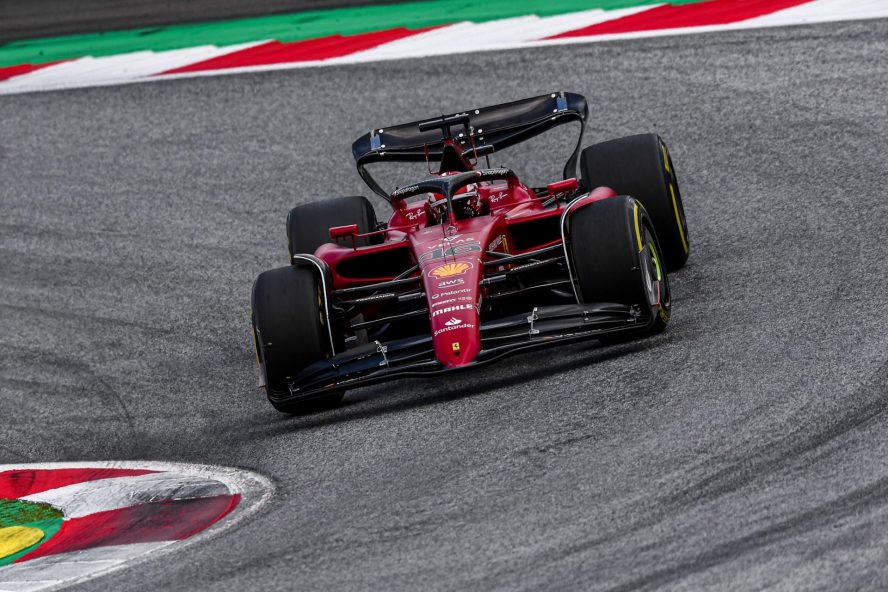 Ferrari on Fire at the Austrian GP

After starting the Austrian Grand Prix in second, Charles Leclerc went through a virtual safety car, stress that his car might stop any second, and got to the finish flag first.

This was the Monagesque’s first win which wasn’t from pole.

While Carlos Sainz had to retire due to an engine failure which caught his car on fire, Lewis Hamilton earned himself another podium in the Mercedes.

Max Verstappen finished in second after the Red Bulls failed to dominate their home Grand Prix.

Sergio Perez had to go through an early pit stop after he was forced out of the track into the gravel while going one-on-one against George Russell. The incident was noted by the stewards as the Red Bull was ahead and a bump with George’s tyre forced him off and sent him to last place. In the end, the Mercedes received a five-second penalty.

Meanwhile, at the first few opening laps, Max Verstappen was under pressure from Charles Leclerc who was in the DRS zone. He came very close on lap 10 but was not close enough to perform the overtake. The Monagesque overtook the Red Bull on lap 12, and Max went in for a pit stop two laps later to put on the hard compound tyre.

Max’s pit stop was far from what we normally expect from Red Bull, taking over three seconds as they had a slight issue with the front left. Things worsened for Red Bull when Sergio Perez was lapped by Lewis Hamilton and Max Verstappen before the drivers even completed 20 laps. The Mexican retired his car at lap 26 while both Ferraris went into the pit.

Car 16 went in first to get the hard compound on, and Carlos Sainz followed. The Ferraris came out behind Max Verstappen. On lap 33, Leclerc managed to overtake the Dutch and take over the first place while the Red Bull driver complained that he has no grip.

On lap 37, Red Bull pitted Max Verstappen again and put on a fresh set of hard compound tyres. The Ferraris did so on lap 51 and came out in second and third. Leclerc came out 3.6 seconds behind Max and gave a good challenge. The “old switcheroo” as Formula One commentators like to call it, was enough for the Monagesque to obtain his first place again.

Ferrari’s party was disrupted by a burning engine which caught up Carlos Sainz’s car on fire and forced him out of the race after putting a good fight on. As a virtual safety car was deployed, Charles and Max both pitted. Both tyres changed to the medium compound.

In the last nine laps, Charles Leclerc started complaining about a problem with his throttle. He had to finish off the race with a problem that had the Ferrari pit crew and Leclerc very stressed in the closing staged.

George Russell took a five-second penalty for forcing Sergio Perez off the race and performed a pit stop at lap 12. He served the penalty and put on the hard compound tyre and also changed his front wing after he sustained a bit of damage from the incident.

On lap 29, Lewis Hamilton went in to change his tyres, after he was running in third and fourth against Max’s Red Bull and both Ferraris. Having messed up his pitstop, taking 4.1 seconds to switch the seven-time World Champion to the hard compound, Lewis came out behind Lance Stroll and Esteban Ocon in sixth. He managed to regain a position as the Canadian went into the pits too. An overtake on the French got him pack to his fourth place.

By Francesca Herring7 days ago

George Russell changed his tyres once again on lap 41 and started making his way to try and reach the top 10.

Fernando Alonso suffered a grid penalty because of his car being stationery, with the tyre covers and left on the jack ahead of the sprint race. Valtteri Bottas started from the pit lane as his car got new engine components adjusted on parc ferme.

Despite the start at the back, Fernando managed to make it up to the top 10 and go head-to-head against Yuki Tsunoda and Guanyu Zhou upfront, who were also battling it out. Kevin Magnussen, Mick Schumacher and Lando Norris also joined in the mix, and both Haas and McLaren ended up coming out above the Alpine, to be in the top 10.

Later on, on lap 35, Fernando Alonso was racing Tsunoda for 16th place, and the driver is so experienced that he managed to run over the grass and overtake the Japanese. While doing so, he also wagged his finger at the AlphaTauri driver. The Spanish was not happy with the hard compound that his team put him on.

Many cars were receiving warnings for exceeding track limits. Pierre Gasly received a five-second penalty for a collision with Sebastian Vettel which forced the German out of the track onto the gravel in lap 41.