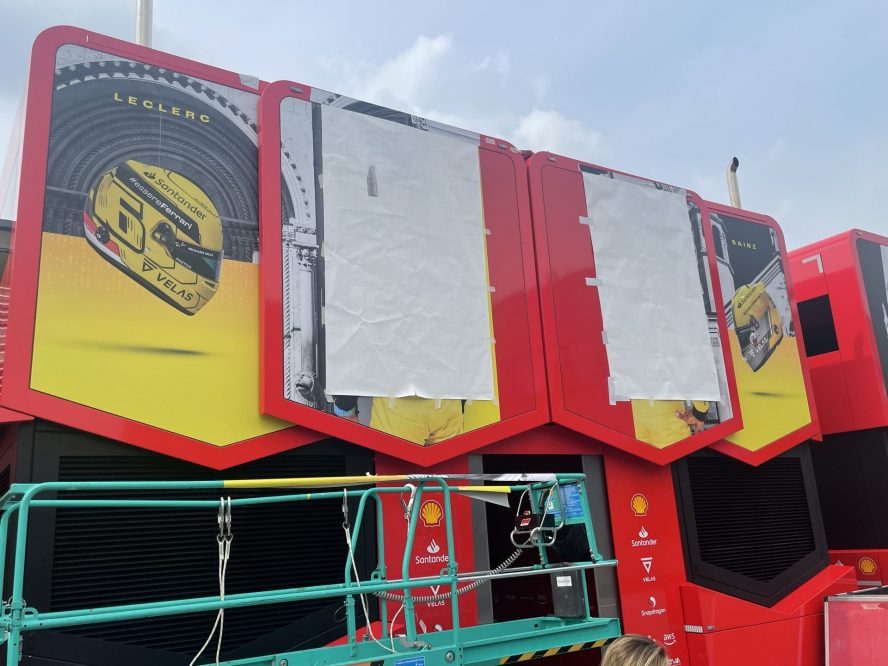 A special look for the 75th anniversary of the Scuderia

Ferrari have released images of the special yellow livery they will be using at this weekend’s Italian Grand Prix.

There have been plenty of rumours as to whether Ferrari would actually run in yellow for this weekend’s race in Monza, and today they have released the first images of the one-off livery they will be using.

Whilst not entirely yellow, there is plenty more of the colour than normal on the car, and there will also be special race overalls and crash helmets for the drivers.

Yellow is a special colour for Ferrari. It is present on the colour of Modena’s flag – the city in which Enzo Ferrari was born and raised, as well as the location of the Ferrari museum.

In their official announcement, Ferrari explained the further significance:

“Scuderia Ferrari is preparing to take to the track with a special look for the Italian Grand Prix which takes place this weekend at the Autodromo Nazionale di Monza.

“The car livery as well as the race suits and helmets of drivers Charles Leclerc and Carlos Sainz will all have some yellow touches to celebrate the origins of the marque with a colour that is very much part of Ferrari history.

“From the Scuderia’s beginnings in 1929 and later when the car company was founded 75 years ago, Enzo Ferrari chose yellow, which along with blue is one of the colours of the Modena emblem, to feature on the company’s coat of arms, the Prancing Horse with the tricolour band at the top.

No red without yellow 💛

A revised livery for Ferrari is something of a rarity. They most recently used one at the 2020 Tuscan Grand Prix, where a partially maroon car celebrated their 1000th race in F1.

However, that race was not exactly a success for the Scuderia. During their worst season for decades, little changed in terms of their form with Leclerc and Sebastian Vettel managing eighth and tenth position respectively.

They will hope that this weekend’s livery will bring them good fortune as they attempt to halt the recent Red Bull domination.

It will not be easy with the championship leaders’ notorious straight-line speed, but the Tifosi will be passionately willing them on, nonetheless.