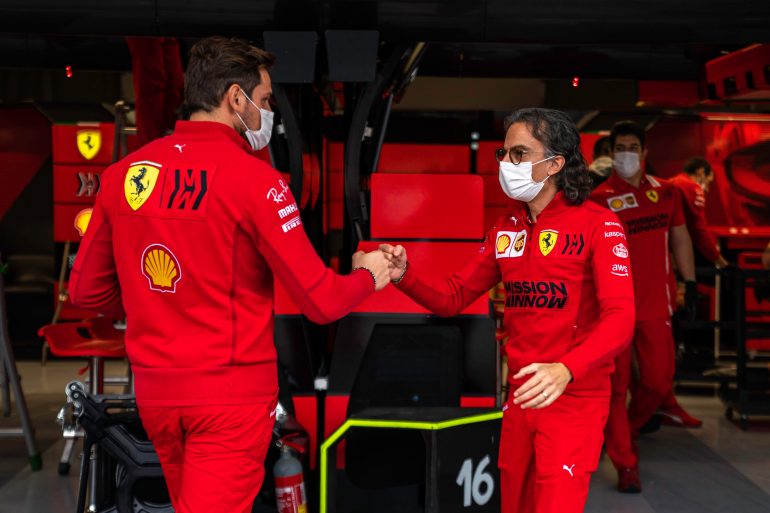 Scuderia Ferrari faces a fight to maintain third with their recently upgraded power units in Brazil.

The Maranello-based team has shown strong form ahead of the São Paulo Grand Prix.

Ferrari dealt with the freight delay meaning extra work is happening behind the scenes.

There are potential points on the books for Leclerc and Sainz. Both drivers will be pushing for the podium and a top ten finish.

Charles claimed, “I am happy to be back in Brazil. I like the track and the Sprint Qualifying intrigues me, because it means Friday is less boring, as teams have to be prepared for qualifying after just one hour of free practice and it gives the more aggressive drivers a chance of improving their starting positions for Sunday. In Mexico, we picked up a good points haul, but our data suggests that our rivals could be slightly quicker than us here. We will have to do everything perfectly, us drivers and the team, as was the case in Mexico.”

Carlos said, “For a third time, we have overtaken McLaren. Now we have to make sure we stay in this position. I think that recently, we have made progress in every area and so I am confident we can be in the fight all the way to the end. It’s a very interesting battle. It seems like ages ago, especially as we have not been here for two years. I have nice memories, even if I was not able to go up on the podium with the two other drivers because the Stewards only took the decision to penalise Hamilton after the ceremony. But I was allowed up there later with the whole team for a photo and in some ways that was even better.”

In Brazil, Ferrari has entered 47 Grands Prix. Their first debut was in 1973. The Italian team holds 11 wins and seven pole positions accompanied by seven fastest laps and 31 total podiums setting success in the team’s mind.

On a popular yet difficult track, the drivers will have to manage medium to high downforce with elevation changes. At Interlagos, Ferrari will take a chance challenging those banked corners. For overtaking opportunities, The Prancing Horse can go for speed on the straights in the DRS zones within the first and third sectors. The weather will come into play. It’s predicted to be overcast today at a temperature of 17°C with a 40% chance of rain. Some fans may hope for a soaked surface.

Leclerc is sitting sixth with 138 points and Sainz is in seventh with 130.5 points in the driver standings. In a battle to maintain third, Ferrari has 268 points positioning themselves 13.5 points ahead of McLaren in the constructor standings.