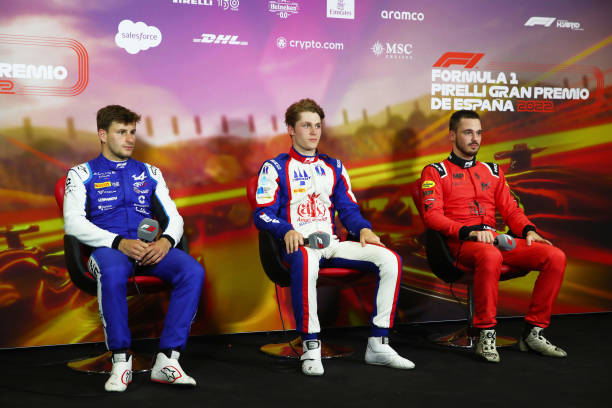 Roman Stanek has commented on the difficult part of the Barcelona track.

Barcelona pole-sitter Roman Stanek comments on the difficulties of the Circuit de Barcelona-Catalunya.

Formula 3 has raced in Barcelona for several years and has conducted in-season testing there as well. It is also a circuit that a lot of young drivers race at in other motorsport series including Formula 4. However, the experience and knowledge of the track do not always guarantee easy sessions in the car.

Earlier today, the drivers took to the track for Qualifying. They had already conducted the 45-minute practice session. The practice session saw championship leaders Victor Martin (ART Grand Prix) and Arthur Leclerc (PREMA Racing) top the timesheets, with the former being the fastest.

But the afternoon Qualifying session had different factors adding to the strategy and management of the time on track, due to the increase in temperature.

Pole-sitter Roman Stanek mentioned the difficulty of a particular part of the track in an Instagram Live yesterday. The Trident driver commented that Sector 3 of the circuit is very difficult. Fellow drivers, Kush Maini, David Vidales and Rafael Villagómez, all echoed Stanek’s thoughts saying that Sector 3 makes the difference in lap times.

In the press conference after Qualifying, Stanek spoke to FormulaNerds about this specific section of the track. The young driver said:

There is “much more deg, degradation in Sector 3. Obviously, there was a lot throughout the lap, but not as much as we expected. Maybe the inside of the tyres is maybe different because they changed it since last year.”

In both rounds previously, Stanek qualified P2. His result today demonstrated his continuous improvement as a driver. He said that even though Qualifying is a “one-push lap”, the tyre degradation is still very high.

Victor Martins in the press conference also commented on the final sector. The Frenchman said that he “really loves the last sector”. He pointed out the slower pace due to the “chicanes” compared to the “quite fast” Sector 1.

Alexander Smolyar added to the others comments. The Russian said in terms of racing, “you don’t really know” how it’s going to be. He added that the “wind” will play a part, and hopefully there will “be a lot of opportunities to fight”.

Remainder of the weekend

Stanek will be starting the Sprint Race tomorrow from P12 due to the reverse grid. Martins and Smolyar will start in P11 and P10 respectively.

Aiming to keep it “clean”, the three will try to maximise their points but focus on getting “feedback” ready for the Feature Race on Sunday.