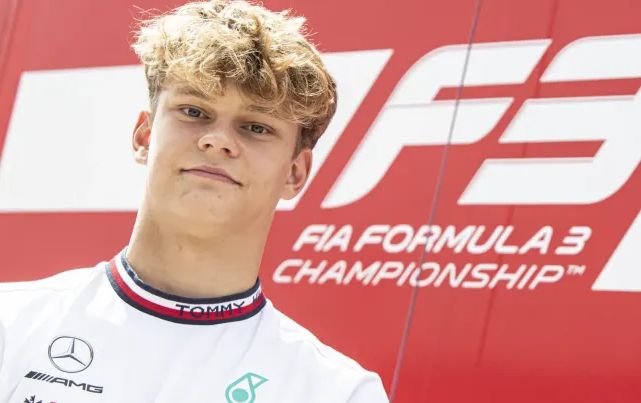 PREMA Racing has confirmed that Paul Aron will drive for its Formula 3 team in the 2023 championship.

Aron, who made his single-seater racing debut with the Italian outfit three years ago, raced in the Formula Regional European Championship by Alpine (FRECA) series last season.

With the young Estonian currently sitting third in the FRECA standings, having picked up multiple race wins, PREMA Team Principal Rene Rosin says he’s demonstrated he has the talent to justify a step up to F3.

“We are extremely delighted to continue working with Paul, we have always been aware of his winning potential,” said Rosin.

“We think he will keep producing impressive runs in the future, even in a very competitive and highly-challenging environment like Formula 3.

“It will be a learning year, but we are sure there will be many chances to challenge for high-profile results, so our goal is to push right from the winter preparations to be ready for 2023.”

Born in Estonia’s capital Tallinn, Aron is a Mercedes junior driver that while only 18 years old, already has an impressive early racing CV.

The youngster joined Mercedes’ driver development program in mid-2019, after making a splash in the world of karting, winning the junior categories of the WSK Champions Cup and CIK-FIA European Championship.

Once onboard at Mercedes, Aron went on to race in both the ADAC and Italian F4 series in 2019, before moving on to the Formula Renault Eurocup in 2020, where he finished 11th in the standings.

The next year, the Estonian began racing in FRECA, coming home an impressive third in the championship, with two wins and five podiums.

Having been named in PREMA’s driver lineup for next season, Aron says he now has full confidence that the team will continue to help him rise up the racing ranks.

“I am very very happy, excited, and thankful to join a team like PREMA in the FIA Formula 3 Championship for the 2023 season,” added Aron.

“They proved themselves year after year, always having three cars on top and showing great pace. I am delighted to spend another year with them, and I am confident they will give me the best possible package to fight for the win.

“I am really looking forward to seeing what we will be able to achieve next year.”

Who else will we see in F3?

Following the F3 post-season test in Jerez, an event set up to allow drivers to prove they’re worthy of a place on next season’s grid, teams have slowly started announcing lineups.

With PREMA’s Paul Aron announcement coming a week after Trident confirmed Gabriel Bortoleto for 2023, this begs the question: who else will race for the outfit next year?

Alongside Aron, Zak O’Sullivan and Dino Beganovic also drove for PREMA in post-season testing, but it has not been confirmed whether the pair will fill its two remaining seats.

Likewise, Sebastian Montoya, son of former F1 driver Juan Pablo Montoya, and the namesake son of two-time champion Emerson Fittipaldi, tested for Charouz and Hitech, albeit only managing a time fast enough for 11th on day two between them.

According to the provisional F3 calendar, the first race of the 2023 season is set to take place in Sakhir over the Bahrain Grand Prix weekend on March 5, 2023. As such, the series’ teams have plenty of time to decide who will fill the other 28 places on the grid.