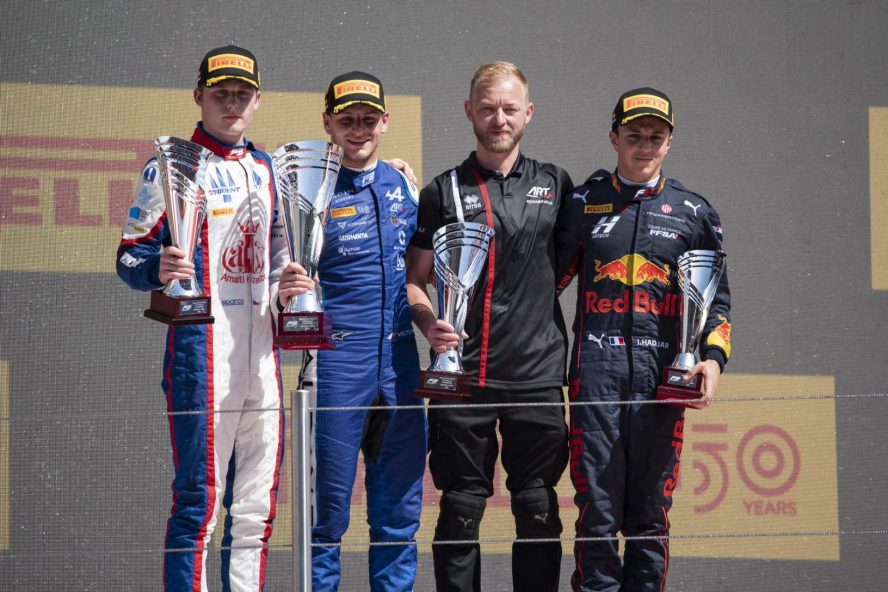 F3: Hunt or be hunted? Leading trio have their say

It all comes down to this. But would the top three in the F3 championship rather attack, or defend, in the title showdown?

Seven drivers are still in with a mathematical chance of taking the F3 crown. However, it’s ART’s Victor Martins, Hitech’s Isack Hadjar, and Trident’s Roman Staněk who lead the way.

In stark contrast to the penultimate round at Zandvoort, Monza – nicknamed the Temple of Speed – should offer overtaking aplenty. In many ways, it’s the perfect place for the championship finale.

As ever, Friday’s qualifying will be critical. But if you can avoid a DRS train, Monza does afford the opportunity to recover with superior race pace.

It’s already confirmed that the title will go down to the wire: Sunday’s feature race. Martins sits on 126 points, with Hadjar just 5 points back. Stanek has more ground to gain, with 109.

However, as we well know, anything can, and probably will happen in F3. Especially with 39 points still on the table.

With the championship so delicately poised, in a roundtable for selected media, FormulaNerds asked the leading trio if they’d rather attack or defend with their title hopes on the line this weekend.

Roman Staněk and Victor Martins were in agreement that they’d rather be on the attack than be checking the wing mirrors.

“First of all, it’s quite difficult to defend here, because when you open the DRS, the difference in the speeds, it’s a lot. So, I would rather be behind someone and attack than to defend,” Staněk said, before adding that it will be “interesting until the last lap of the feature race.”

Martins was less sure, but ultimately decided that if push came to shove, he’d rather not be the prey:

“When you attack someone, or when you overtake someone, it puts you in a better mood, a better momentum through the race to keep looking ahead, keep focusing on yourself than defending…

“In the end, it’s how the situation will be. If it’s with title contenders if it’s not; if it’s the beginning of the race, or in the end; if it’s the feature race, or the sprint race. It can all depend on the moment.

“And yeah, it will be something to manage, but if there is something to choose, I will feel better to attack than defend, for sure, especially here.”

The trio weren’t completely in agreement, however…

Isack Hadjar was the most diplomatic in response. He agreed with Martins that much was predicated on the scenario but offered insight into the virtues of one-lap pace and clean air. In the end, he settled with no preference for either:

“Really, it depends on the context,” the 17-year-old posited.

“If you’re starting on pole on the feature race then I’d like to have the track position.

“But obviously, in the sprint race, you’d be on full attack mode. I feel confident in both, so I don’t have any preference.”

Ultimately, much will be contingent on qualifying to determine the proximity of the title protagonists’ grid positions over the weekend. Will they have the opportunity to race wheel-to-wheel for the championship, or will luck intervene?

Either way, the tension will be palpable, and the F3 champion will be a worthy winner.