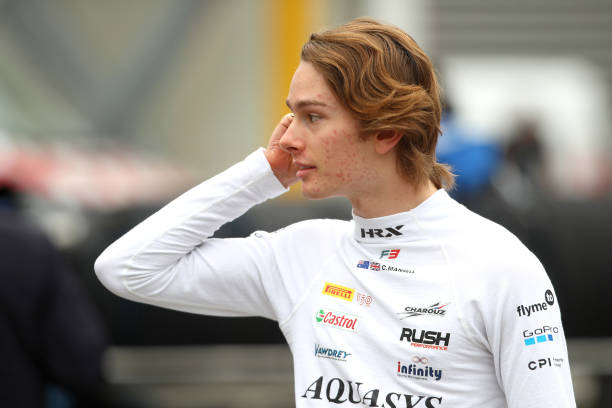 The Australian driver will join Formula 3 full time in 2023

After contesting two Formula 3 rounds in 2022, Christian Mansell will be on the grid full-time with Campos Racing in 2023.

Mansell made his single-seater debut in 2019, racing in the Australian Formula 4 championship. He made the move over to European racing the following year, competing in the F4 British championship with Carlin. With a win and three podiums to his name, he finished seventh as the highest-placed non-British driver.

From there, Mansell moved to GB3, where he finished third overall in 2021. He also competed in three rounds of Euroformula Open that year, before competing there full-time for 2022. In that series, he took three wins and a total of 15 podiums in 26 races. The Australian driver finished the 2022 season in third overall, behind Oliver Goethe and Vladislav Lomko.

Mid-season, Mansell made his Formula 3 debut with Charouz Racing System. His first weekend with the team was in Hungary, where he qualified 24th. He finished 22nd and 23rd in both races that weekend, and stayed in Formula 3 for the following weekend in Belgium. It was a similarly non-descript weekend for him, but a valuable experience.

Ahead of the final two rounds of Formula 3, Mansell had to return to Euroformula Open. But he completed the Formula 3 post-season test with Campos Racing following the conclusion of the season.

Now, Mansell is joining Campos Racing full-time for 2023. “To be joining Campos for FIA F3 in 2023 is such an incredible honour and achievement,” Mansell’s statement said. “With a strong showing in the latter part of the season it gives me confidence I can do well in my opening year in FIA F3. Thank you to everyone who made this possible!”

Campos Racing is a new team for the Australian driver, the only experience they have together is in testing. Still, team owner Adrián Campos Jr. spoke highly of him.

“I would like to extend a warm welcome to Christian on behalf of Campos Racing. It will be a huge challenge for him as it will be his rookie season in the FIA Formula 3, which is an extremely competitive racing series. His previous results, a race winner in other championships, explain well he is a talented driver.

“Besides, due to his diabetic condition, Christian is an example to follow for everybody as he proves what you can achieve with commitment and determination, even at the highest motorsport level.”

The Formula 3 season kicks off in early March of 2023, and the grid is just beginning to take shape.