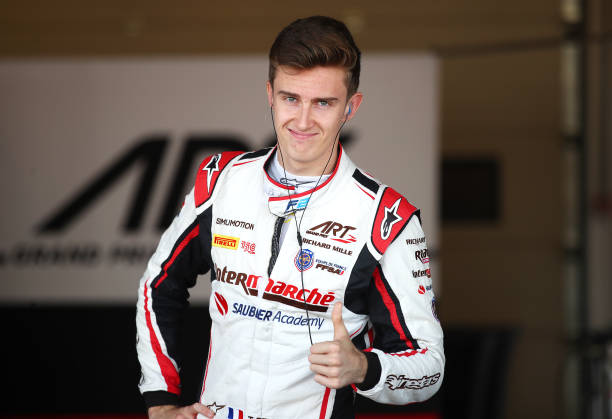 F2’s Pourchaire: “I will give everything” in Abu Dhabi

ART Grand Prix’s Théo Pourchaire spoke to FormulaNerds after his P3 qualifying for the final round of the Formula 2 season in Abu Dhabi. He highlighted just how important this race weekend is for him.

The final round of the 2022 Formula 2 season has arrived. All 20 drivers took to the track earlier today, with Trident’s Zane Maloney and Van Amersfoort Racing’s Juan Manuel Correa joining the grid.

The likes of Logan Sargeant, Jack Doohan, Liam Lawson and Felipe Drugovich all drove for their respective Formula 1 academies before Formula 2 qualifying in FP1. Out of the four drivers, Lawson was the one to go quickest in P5.

However, Drugovich’s main title rival of the season, Théo Pourchaire, has only been focusing on Formula 2 this weekend. The Frenchman is second in the championship on 164 points. He’s ahead of Sargeant, who needs to score more Super Licence points to secure his F1 drive, by only 29 points.

Last time out for Formula 2, Pourchaire retired from the feature race in Monza. He had a nightmare of a race after Ralph Boschung went off the track at Turn One, but re-joined causing Pourchaire to be caught in a sandwich. The ART driver was then hit by Luca Ghiotto and ended up in the wall.

And just like that, Theo Pourchaire's weekend went from bad to worse 💔

Head up Theo, still one more round to go! #ItalianGP #F2 pic.twitter.com/iUkDhAuNiU

As a result of Pourchaire’s current second place and Frederick Vesti’s current P8 position in the championship, ART Grand Prix are level with MP Motorsport, both on 281 points.

“I will give everything”

In the Virtual Press Conference after the qualifying session, Pourchaire said his “goal” is to “finish on a high”. He said the team “have the team championship to win” and he needs to “secure the vice champion title” as well.

When speaking about his P3 result, Pourchaire said: “I’m happy with P3. It’s not a bad position, not a bad result. It’s a good place for the feature race and also for the sprint race tomorrow; it’s a good last quali of the season.”

Pourchaire did admit that he made “a little mistake at Turn 6”. However, he doesn’t think “that cost [him] pole” because “DAMS were really fast”, securing a 1-2 qualifying finish.

When speaking to FormulaNerds about his approach to the Sprint race, Pourchaire said:

“I want to win both races, I want to give my best. Tomorrow I will start P8. I will give everything. I will try to score as many points as possible because I need to be in front of one of the MPs.

“We want that team title, that team championship. I will give my best and I want to take a trophy back home.”

Tomorrow’s reverse grid for the sprint race will see Pourchaire start in the middle of the pack. Drugovich qualified P4 and so will start P7. Both Doohan and Sargeant are behind the 2022 F2 champion, so it will be a fight from lights for Pourchaire to work his way ahead of his rivals.

Will Pourchaire be able to secure his vice champion title? Will ART beat MP in the title fight for the Teams’ Championship?