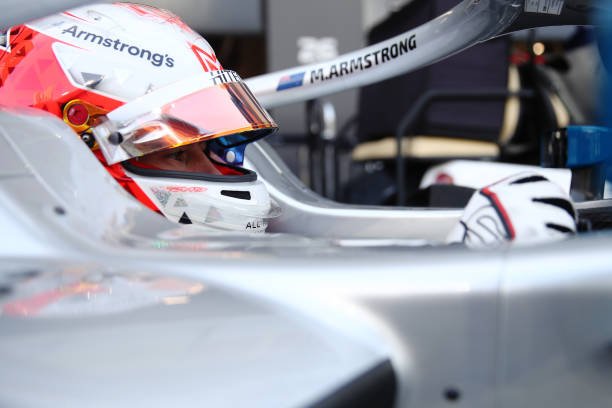 F2 Testing Is Disrupted Again by Rain and Red Flags

Charouz driver Cem Bolukbasi was absent from today’s testing sessions. He suffered a crash yesterday morning session at Turn 9 of the circuit. As a result, he obtained damage to the car. However, the other 21 drivers all took to the tracks in Spain.

This morning saw Barcelona brighten up compared to yesterday’s unfortunate weather. However, there were multiple red flags that once again, saw the teams have shorter running time.

DAMS driver Roy Nissany claimed the top spot in this morning’s session with a 1:28.812. Trident’s Richard Verschoor trailed half a second behind, setting a time of 1:29.328. Ayumu Iwasa continued with his consistency placing P3 once again. The DAMS driver secured his spot with a time of 1:29.596.

Six red flags reduced the running. Virtuosi’s Marino Sato brought the first of the red flags out after stopping on the main straight. Then Turn 5 proved an issue for many drivers with Iwasa hitting the wall.

Later into the session, Jake Hughes and Olli Caldwell also ended up in the gravel. Juri Vips also took a spin at Turn 11, stopping on track and bringing out the red flags. Caldwell brought out the final flags of the session with his Campos stopping at Turn 4.

Despite the disruptions, Charouz’s Enzo Fittipaldi topped the session, completing 52 laps of the Circuit de Catalunya.

Following a heavily disrupted morning session, rain posed the main issue for the afternoon session. Light showers constrained drivers to their garages due to the ever-changing conditions. The wet conditions also meant the grip on the track had been washed away by the rain leaving a green track.

After being pipped to the post yesterday by Ralph Boschung, Marcus Armstrong took the top spot today. The Kiwi set the fastest time with a 1:29.752. Although this did not beat Nissany’s time this morning.

Following closely behind was current championship leader Felipe Drugovich. Drugovich claimed a 1:29.960 putting himself 0.208s behind Armstrong. Hitech’s Vips finally broke Iwasa’s third-place streak. Vips placed himself into P3 with a time of 1:30.148.

The afternoon session saw only one red flag after Calan Williams stopped on track at Turn 16.

However, the rain could not stop the Carlin duo in terms of track time. Lawson and Sargent completed 49 laps respectively.

Nissany proved to be the fastest on track today. However, he is yet to beat Boschung’s 1:27.929 from day one yesterday.

The teams seem to once again have lost out on running due to the weather and on track disruptions.

The Top 10 of the day lined up as follows:

F2 returns for its final day of testing tomorrow with Live Timing available.