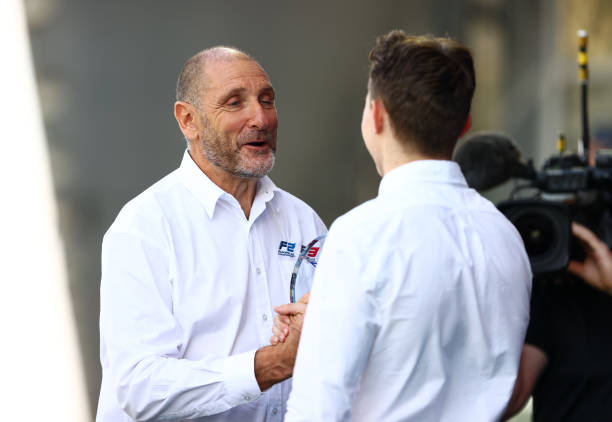 CEO Bruno Michel was adamant that his series will keep its 14-race calendar.

Bruno Michel shared plans to substitute the cancelled Russian GP in Sochi with another race.

Hunting for an alternative venue

Michel expressed a desire for the series to race an unprecedented 14 rounds, almost double last year’s season. 2021 saw just eight events take place as the pandemic continued to impact racing plans. However, each round included two sprint races. This season, the series has returned to its traditional format.

The cancellation of Sochi disrupted plans to host a record-breaking 14 rounds this season. Following the Russian invasion of Ukraine, contracts with the Russian circuit were terminated.

With regards to its replacement, Michel said: “Talking about the number of races on the calendar, we’re working to replace Sochi, and I think we’ll be able to announce something quite soon.

“There are a few options on the table, and we told the teams already that we would go along with 14 [rounds] this year.”

What are the potential venues?

Neither F1 nor F2 has given any suggestion as to possible substitutions, but the former has supposedly been looking at circuits like Qatar.

There are rumours of a Singapore double-header in F1, but the feeder series does not have a support race planned there. As a result, F2 would most likely have to find an alternative circuit.

Logistically, Paul Ricard in France could be a viable option. The GP would follow races in Silverstone and the Red Bull Ring, so it would make sense to remain in Europe.

The F2 calendar features three race weekends in July, with a three-week break between Austria and Hungary. This means that squeezing in a French GP would see four rounds take place over just five weeks. The pressure on teams, drivers and employees would be immense.

A record-breaking 14 rounds of action 🤩

Making a debut at Imola and Zandvoort 😍

Looking further down the calendar, over a month separates Monza and the finale in Abu Dhabi. Whilst this season’s calendar is not nearly as sparse as last year’s, this gap has nevertheless drawn similar criticism.

Michel has insisted that there are “no plans” to prevent this, leaving F2 with limited time to organise another race.

The future of racing in Russia

As the invasion of Ukraine rages on, there is no question as to whether F2 will race there again any time soon.

“I don’t know what we can really anticipate, to be perfectly honest,” Michel said. “So the situation arrived a couple of months ago, before the start of the championship.

“There has been some very strong guidance from the FIA on the way to operate with the issue of Russian athletes, and that’s what we’ve been applying.

“We are doing things as we are requested to do them, and I don’t think there’s much to anticipate at the moment of what will happen in the future.

“Of course, we don’t go to Sochi this year. That’s quite a simple answer. And then we’ll see for the future. We’re just following the rules that are there that have been dictated.”