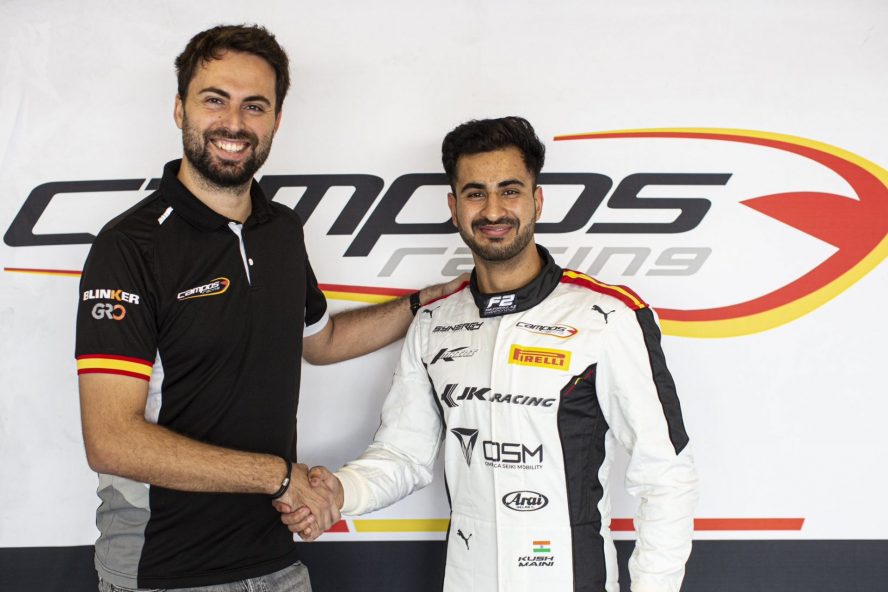 Clément Novalak moves back to Trident, who he raced with in F3, for his second F2 season; Kush Maini graduates, joining Campos

Clément Novalak and Kush Maini have announced their plans for the 2023 F2 season. Both raced for MP Motorsport this year but will leave the team.

Novalak is returning to Trident. He finished third in the 2021 F3 Drivers’ Championship with the Italian team.

Kush Maini will make his F2 debut with Campos Racing, having spent 2022 in the series below. He finished P14 in the standings, taking a podium finish in the Hungarian sprint race.

The 21-year-old re-joining Trident had been rumoured, particularly after Dennis Hauger signed with MP Motorsport for 2023. Despite enduring a difficult maiden campaign, the French driver helped the Dutch outfit to the F2 Teams’ Championship, alongside drivers’ champ Felipe Drugovich.

Scoring 40 points en route to P14 in the standings, he took his first podium with a second-place finish during the Zandvoort sprint.

Trident Team Principal, Giacomo Ricci, said of being reunited with Novalak: “We are proud to welcome Clément Novalak back to our family. He is a driver with undeniable and undisputed value who did really well with Trident Motorsport in Formula 3 and achieving the third position in 2021 Championship.

“Novalak brings a year of experience with him in Formula 2 and I’m sure he will be able to make an important contribution to the team.”

In extension, the driver himself is pleased to be returning to a familiar setting, saying:

“I’m extremely happy to be heading back to Trident. We had an amazing partnership together in 2021 and I’m very proud to be wearing their colours again.

“I’d like to thank Mr. Salvadori for the trust and I’m hoping we can have an amazing 2023 full of success.”

The 22-year-old took 31 points in F3 last season. In addition to his podium, he scored in three other races. This included a P7 in the feature event in Hungary, on what was a strong weekend for him.

“I’ve spent some time with the team at their workshop and really enjoyed the atmosphere and the professionalism, looking forward to the 3 day test at Abu Dhabi to officially start our relationship together! I would like to thank Mumbai Falcons, Omega Seiki Mobility and JK Racing for all their support.”

His new Team Principal, Adrian Campos, commented on the signing: “On behalf of Campos Racing, I would like to extend a warm welcome to Kush (Maini). He is a very committed, professional racing driver with a great work capacity, so we expect he will be able to complete a strong rookie season next year.

“He carried out some strong performances in FIA Formula 3 this season and hopefully he will make further improvements in the ultra-competitive FIA ​​F2 Championship.”