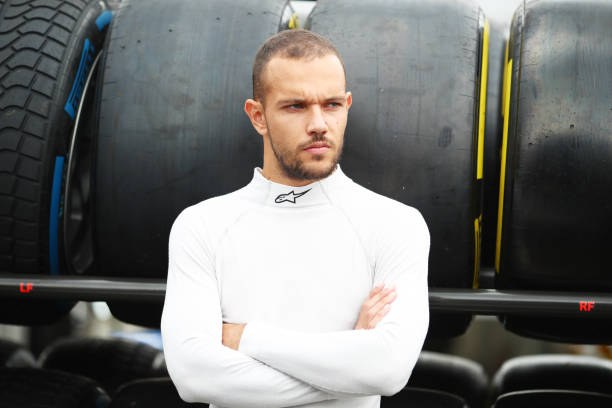 Nissany is the third driver this season to receive a ban

DAMS Racing has announced that Luca Ghiotto will drive the #16 car at Monza after Roy Nissany received a temporary ban.

Nissany is the third driver this season to receive a ban for incurring 12 penalty points on his license. Amaury Cordeel of Van Amersfoort Racing was the first to serve a ban, doing so in Silverstone earlier this season. Then it was Campos Racing’s Olli Caldwell, who missed out on the round at Spa.

Nissany actually reached a total of 13 penalty points at Zandvoort. He picked up two on top of his previous 11 for erratic driving during the Safety Car in the Feature Race.

Eight of those 13 points were given for contact with other drivers. Unlike Caldwell, who received most of his points for track limits violations, Nissany didn’t have any such infractions.

The DAMS driver might not even be the last to get banned in 2022 over penalty points, with his teammate Ayumu Iwasa and MP Motorsport’s Clement Novalak both on eight points currently. It’s unlikely with just two rounds to go that either of them will manage to rack up four points, but not impossible.

Interestingly, Nissany is the only driver who isn’t a rookie to be banned or be close to a ban. But only one full time driver has managed to make it so far in the season without incurring any penalty points, the rookie Logan Sargeant.

With Nissany set to miss the action in Monza this weekend, DAMS is bringing in Formula 2 veteran Luca Ghiotto to replace him.

In his official statement Ghiotto said that the decision was very last minute, but that he’s excited to make his return to Formula 2.

“I’m incredibly happy to be back in F2 at my home race in Monza, it’s been such a late call that I still can’t believe I’ll be racing this weekend! I’m really looking forward to joining up with a team I enjoyed so many battles against in the past, and it will be nice to have the chance to finally work together.”

DAMS’ Team Owner Charles Pic also made a statement on the team’s Twitter. He said that “The last few days were very intense but we’re happy to welcome Luca to the team for this weekend. To have an Italian driver at Monza is great and we’re sure he’ll take care and get the most out of Roy’s car. We’ll miss Roy and are sad he’s not here, but the rules are the same for everyone and we look forward to his return in Abu Dhabi.”