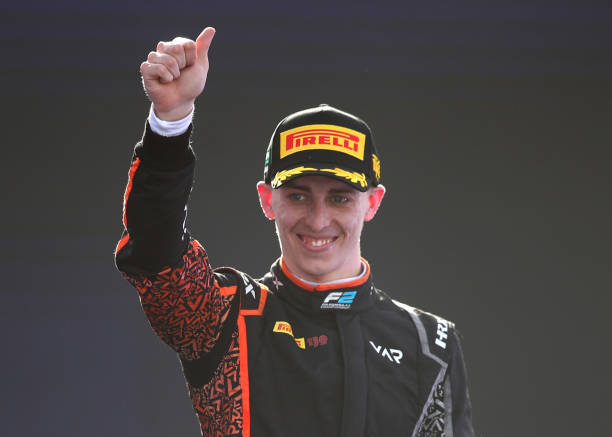 Jake Hughes has his eye on a step up to Formula E, despite only just joining the ranks of Formula 2 full-time.

The British racer has achieved 14 points for Van Amersfoort Racing after five rounds, but he is far from being new to the racing scene.

Hughes did not start his karting career until the age of 16 – double the age most professional drivers begin competing. Now 27 years old, his sporadic appearances in various series have earned him an F2 seat for the 2022 season.

Following the traditional karting route, he then spent five years racing at the Formula 3 level, with a best finish of fifth in the 2017 F3 European Championship.

Hughes went on to undergo partial campaigns in Formula 2 across 2020 and 2021. After finishing 12th in his debut race, he was eventually replaced by Theo Pourchaire in his first season.

Offered a third chance, he now competes alongside Amaury Cordeel in what will hopefully be his first full season. Hughes had a promising start, achieving a podium in the Jeddah sprint race. Unfortunately, his third-place finish was snatched away following his disqualification from the race.

Another wonderful opportunity came in Monaco when he was gifted a reverse pole for the sprint race. Again, Hughes was plagued by misfortune as his car stalled as the lights went out, meaning he was unable to convert his position into points.

Whilst his experience in the feeder series does not appear to be the most promising, this does not seem to have dissuaded one of motorsport’s greatest teams.

In 2021, Hughes announced that he would enter the world of Formula E as a reserve driver for ROKIT Venturi Racing.

For this season, this opportunity transformed into a partnership with Mercedes. He holds the role of reserve and development driver for their FE team, and also works as a simulator driver for the F1 outfit.

With Mercedes to be replaced by McLaren going into the 2023 season, Hughes is now searching for a chance to compete full-time in the all-electric championship.

“I’ve been a reserve driver with a championship-winning team,” he said. “I’ve worked simulator roles for other FE teams as well, so I’m pushing everywhere to be honest, not least with what is the current Mercedes team and will continue to be a team next year in Gen3 season nine.”

The difficulties that come with entering Formula E

Despite Hughes’ years of experience, a move to Formula E would reduce him back to the status of a rookie. However, this does not seem to significantly phase him.

He said: “I feel like there’s not a better-prepared rookie there’s ever been in FE than me. But it’s like anything, to be honest.

“When you’re the rookie you don’t have the race mileage. It’s always the last box to tick. You need someone to give you the chance to give you that. Speaking to some teams so far, that is their worry. They don’t want to take a rookie.

“I think I have a lot to offer and I always put my point across to teams in that way. I’m kind of hopeful that I might be able to get on the grid, but let’s wait and see.”

His experience working with Mercedes means he has played a role in their previous victories. The team finished at the top of the standings last season, with Nyck de Vries taking the championship title.

However, Hughes believes that his connections are not enough to earn him a seat in the series. He said:

“I’ve never felt more ready to take that step, but at the same time, I do still need to prove myself. I’ve won races in every single car I’ve ever driven and Formula 2 is the last box to tick. I’ve always wanted to scratch that itch. I am feeling very good, the fact that the team trust me in this role is only a positive that I can take on board.”

Could we ever see Hughes in Formula 1?

You can never say never, but Hughes is not focusing on reaching the dizzying heights of Formula 1.

As a simulator driver, there could be a chance for the Brit to partake in a practice session. New regulations dictate that every team must give an opportunity to rookie drivers at least twice across the year.

When asked whether he would welcome the experience, Hughes said: “Obviously, I’ll ask the question but Frederick [Vesti] is in the paddock as well. He’s an actual junior at Mercedes.

“There’s Nyck [de Vries], who drives with the FE team and is also a rookie. So that requirement for a rookie this year might not fall my way. I’m not really expecting it either.”