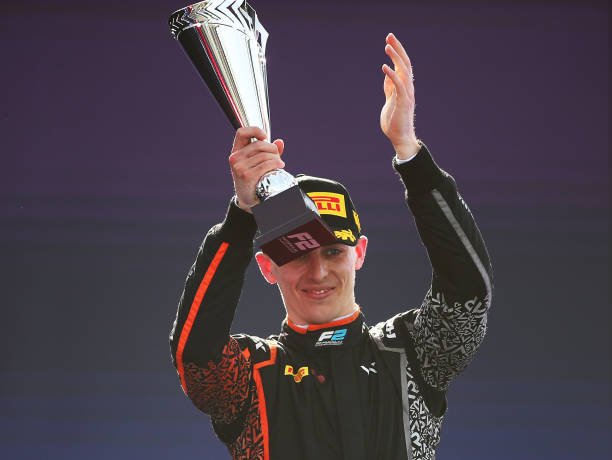 After scoring his maiden F2 podium, Vans Amersfoort driver Jake Hughes has been disqualified from the Sprint Race for a technical non-conformity.

Hughes’ #24 car was found to have breached Article 4.2 of the FIA Formula 2 regulations. This rule regards the plank of the car, and states that “The front and central parts of the plank fitted under the bodywork facing the ground must have at all times a thickness of 5mm +/- 1mm.”

The Stewards found the skid plank on Car 24 to be 3.6mm thick, which therefore does not fit within the required specifications.

The FIA report on the incident cited the team’s comments on the infringement.

The Stewards heard from the Team representatives who explained that wear on the plank was on the loaded side of the car, and this was likely to be due to the variation of tyre pressures during the multiple safety car deployments that occured.”

Despite these circumstances, the Stewards ruled that the car breached the technical regulations. As a result, Hughes was disqualified from the race result.

Hughes finished the Sprint Race in third, and this penalty promotes Felipe Drugovich of MP Motorsport to the podium.

After an astonishing amount of success in their debut F2 and F3 seasons, Vans Amersfoort has lost a valuable result. Hughes will start ninth in the Feature Race tomorrow and hope to make up for the lost points.