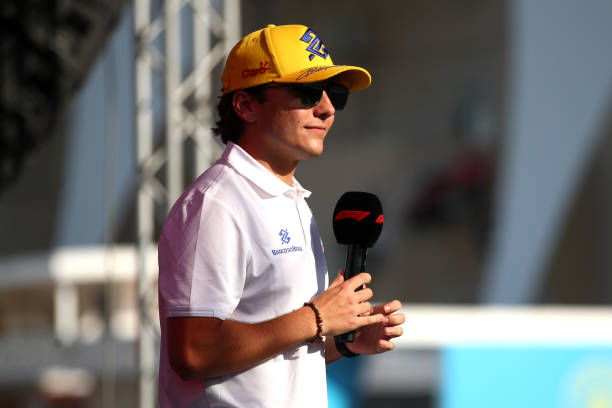 Find out who's taking part in Formula 2 post-season testing

Formula 2’s three-day post-season test will take place in Abu Dhabi, on November 23-25. It will feature plenty of different current and future Formula 2 drivers, including several familiar faces from Formula 3.

Carlin Racing has announced that Enzo Fittipaldi and Zane Maloney will drive for them on all three days of the post-season test.

“I’m very excited to be testing with such a great team as Carlin,” commented Fittipaldi. “I’m looking forward to the experience; three days will be pretty intense.

“It will be great to meet everyone and I’ll be working with them over the next three days to try and learn as much as possible.”

Zane Maloney, this year’s Formula 3 runner-up, has already had his first taste of Formula 2. He competed in the final round in Abu Dhabi with Trident, replacing Calan Williams.

Despite having success with Trident in Formula 3, Maloney told FormulaNerds that he’s moving on from the team for now, ahead of Carlin’s announcement.

“I didn’t know I would be driving again this year,” said Maloney about his Formula 2 debut. “But I got the call from Trident and I took it with two hands. I went straight over to Trident, to prepare as much as possible.

“I can confirm that this is the last race for now, with Trident. I’ve had a great time with Giacomo [Ricci], and I’ll be over in Italy a lot still next tear, having a good time with them. But yes, this will be the last one for a while.”

The full entry list for day one of testing is out, and several entries for next season have already been confirmed. PREMA Racing’s lineup for 2023, Oliver Bearman and Frederik Vesti, will of course be testing with the Italian team.

MP Motorsport has confirmed one full-time driver in Dennis Hauger, but they’ll also be fielding Jehan Daruvala for testing this week. Daruvala finished seventh overall with PREMA in 2022, his third season of Formula 2.

Other drivers who will run in testing that haven’t been confirmed yet include Hitech’s lineup of Isack Hadjar and Jak Crawford. The pair of Red Bull juniors are expected to graduate from Formula 3 next season and will take part in testing with the Hitech team.

The reigning Formula 3 champion Victor Martins will join Theo Pourchaire at ART for day one of testing, another driver who is likely to move up.

The Campos Racing testing lineup has also been confirmed as their full 2023 lineup, they’ll be running Ralph Boschung and Kush Maini.