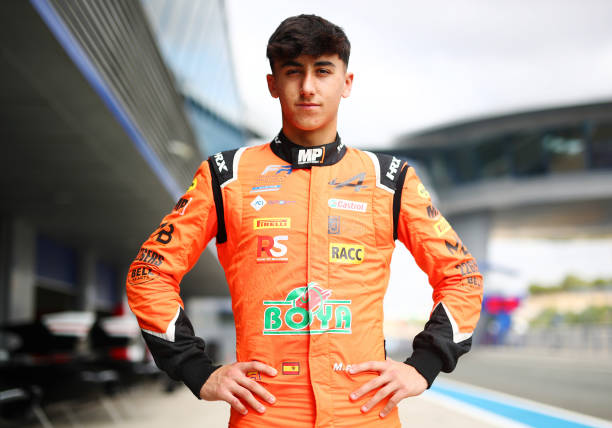 Learn more about the latest F2 and F3 recruits

Ralph Boschung and Mari Boya become the latest racers revealed to compete in F2 and F3 for the 2023 season.

As we approach the final round of the FIA Formula 2 2022 season, Campos Racing revealed that Boschung will remain with the team for a third campaign.

The Swiss racer had a tumultuous year. A disastrous absence of six rounds across the summer races was sandwiched by impressive podium finishes.

In addition, 18-year-old Mari Boya will continue his relationship with MP Motorsport as he gets promoted to Formula 3.

Boschung returned to Campos Racing in 2021 after first driving for them back in 2017.

As the only driver to have contested in every season of modern F2, he is the most experienced racer on the grid. Brief stints at MP Motorsport and Trident contributed to this.

He could potentially be higher up, but medical reasons forced him to withdraw from six rounds. Furthermore, he suffered three retirements across the season so far.

Nevertheless, the Swiss driver did enough to secure another chance to compete in F2 with Campos.

“I am grateful to have the opportunity to continue with Campos in F2 next year,” said Boschung. “With 2021 being my only full F2 season, this year started so well but with the neck injury, my whole season was compromised.

“I have unfinished business and will want to prove that together with Campos Racing we can achieve consistently very good results.”

The young Spaniard initially made his mark in 2018, when he was awarded the FIA Karting Academy Trophy.

Since then, he has been adopted by MP Motorsport as one of their most promising future stars.

Their relationship with Boya began in Spanish F4. He achieved an admirable three wins and 14 podiums, finishing second overall.

Following that remarkable debut, he moved to FRECA where he ended the season in 10th.

These performances earned him an opportunity in the recent post-season test, which resulted in him securing a 2023 seat with MP.

“We are very pleased to welcome Mari to our FIA Formula 3 team. Although he will be new to FIA F3, he is very much a known quantity to us. He already showed much promise during the post-season tests. Now we are eager to use that as a platform to set him up for the strongest possible rookie year in FIA F3.”

Boya described the move as “a vital next step” in his career, and stated that he had “no doubts” when choosing to stick with MP Motorsport.

It is also highly anticipated that Isack Hadjar, Jak Crawford and Zane Maloney will step up to F2.