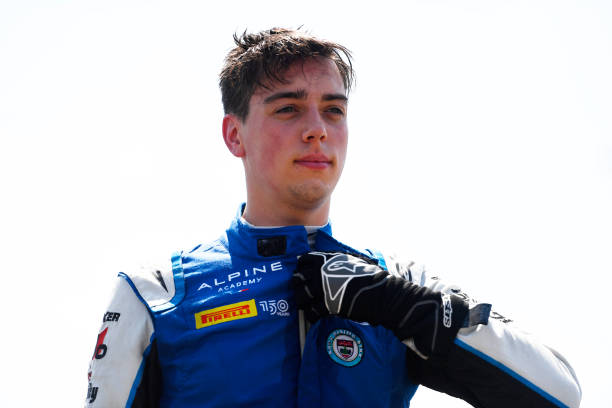 BUDAPEST, HUNGARY - JULY 29: Olli Caldwell of Great Britain and Campos Racing (14) looks on during practice ahead of Round 10:Budapest of the Formula 2 Championship at Hungaroring on July 29, 2022 in Budapest, Hungary. (Photo by Rudy Carezzevoli - Formula 1/Formula Motorsport Limited via Getty Images)

Olli Caldwell has been banned from competing in Formula 2 at Spa-Francorchamps.

The Campos driver racked up 12 penalty points during the first ten rounds of the season and will be forced to miss the 11th round as a result.

Caldwell picked up the first seven of his 12 penalty points at the very first round in Bahrain, five of which were for track limits violations.

In fact, more than half of Caldwell’s infractions were for track limits, including his most recent and 12th penalty point.

After Caldwell had reached 11 penalty points, FormulaNerds spoke to him about his situation. Ahead of round 9 of the championship, he said “I don’t entirely agree with what those points were given for, but I can’t change it. So I’m just trying not to get any extra ones.”

Caldwell managed to stay out of trouble and not score any points (penalty or otherwise) in Le Castellet, but in Hungary he received one more point for track limits violations, bringing his total to 12.

Formula 2 has a whole month of break before the next round in Belgium, which Caldwell will be missing. Campos already has one replacement driver, Roberto Merhi, filling in for the injured Ralph Boschung. They’ll have to find a second driver to replace Caldwell for that round, most likely David Beckmann. Beckmann has already filled in this season at both Charouz and VAR.

Not only is Caldwell not the first, but he also might not be the last either. As of Budapest, DAMS’ driver Roy Nissany is on 11 points.

Three of Nissany’s 11 points came from one incident with Prema’s Dennis Hauger. In the Feature Race at Silverstone, Nissany crashed into Hauger, which caused Hauger’s car to go over the sausage kerb and onto the top of Nissany’s car.

Following the incident, Nissany told FormulaNerds he accepted blame for the incident and labelled his penalty as “fair”.

There are four rounds to go in which Nissany could receive his 12th penalty point and be forced to serve a ban. Having three drivers, Cordeel, Caldwell, and Nissany, banned in one season would be a record for FIA Formula 2.