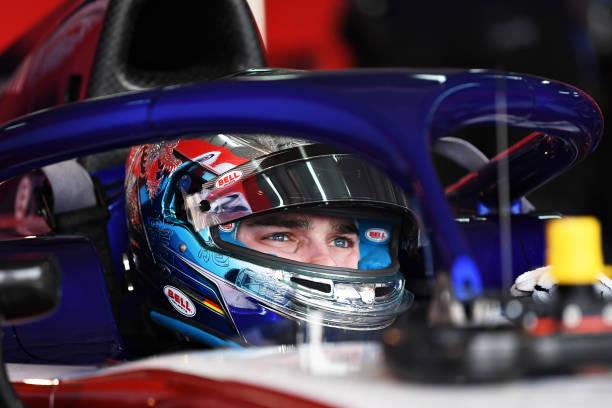 The German driver is back in Formula 2, this time to fill in for Jake Hughes.

Following Jake Hughes’ positive COVID test, Van Amersfoort Racing has announced that David Beckmann will replace him for the double header in France and Hungary.

VAR said on Twitter that “After testing positive on COVID, we are forced to withdraw Jake Hughes from the upcoming races at Paul Ricard. Jake will be replaced by David Beckmann who will, due to the tight back-to-back schedule, also race in Jake’s place at the Hungaroring. We wish Jake a good recovery!”

Hughes wished the team good luck on Twitter, also saying that it was “Almost inevitable with my schedule this year that I’d get it at some point.”

After finishing sixth in Formula 3 in 2020, Beckmann has yet to compete in a full season of Formula 2. Budget issues saw him dropped by Charouz halfway through the 2021 season, despite taking two podiums for the team.

He was able to continue competing for several more rounds that season with Campos, and has since been a substitute for several teams on the grid.

These rounds will be Beckmann’s third and fourth this season, having already been a stand-in several times this season. In Imola he replaced Cem Bolukbasi after his injury the previous round. During that round, he qualified 11th and finished eighth in the Feature Race.

Those four points put Beckmann ahead of both Bolukbasi and Amaury Cordeel in the standings. Coincidentally, the next time Beckmann would step into a Formula 2 car would be in Silverstone, in place of Cordeel. Cordeel had to serve a race ban after racking up 12 penalty points on his license.

By Rhiannon Temporal7 hours ago

As Paul Ricard and Hungaroring are consecutive race weekends, Hughes won’t be able to recover in time and will miss both rounds. Beckmann has already driven for VAR this season, replacing Cordeel. This time, he’ll be in the other car, and hoping to score some points yet again.

Even another four points could bump Beckmann up to 19th in the standings, which would be impressive considering he’ll only have competed in four of the ten rounds.

With the rest of the grid coming fresh off of another double header earlier this month, Beckmann is jumping into the middle of one of the busiest schedules Formula 2 has ever had.

Also still driving as a substitute for the next two weekends is Roberto Merhi, who is replacing Ralph Boschung until he recovers from his neck injury. Merhi came from 21st on the grid in the Feature Race in Austria to finish on the podium. He’ll also be hoping for more points in the next couple of weekends.