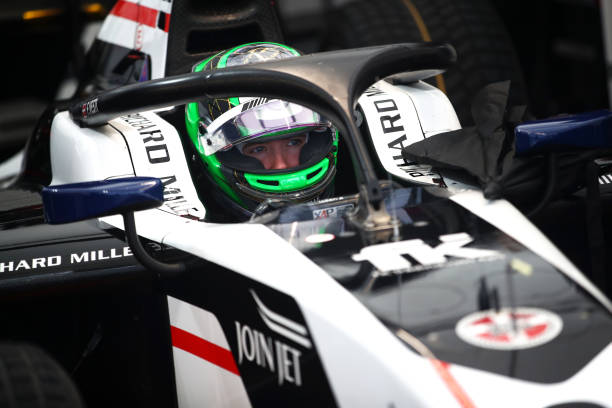 IMOLA, ITALY - APRIL 22: Frederik Vesti of Denmark and ART Grand Prix (9) prepares to drive during practice ahead of Round 3:Imola of the Formula 2 Championship at Autodromo Enzo e Dino Ferrari on April 22, 2022 in Imola, Italy. (Photo by Joe Portlock - Formula 1/Formula Motorsport Limited via Getty Images)

The ART team boss noted the discrepancy between his two drivers.

After three rounds of Formula 2, Frederick Vesti sits 16th in the championship standings while his teammate leads. Theo Pourchaire has won two of the three Feature Races so far, while Vesti only has eight points to his name.

While ART Grand Prix’s team boss, Sebastien Phillipe, has said they expected more for the Mercedes junior, he also believes there’s more to Vesti than the current points are showing.

It’s been a tough start to the season for Vesti, who qualified 19th to his teammate’s second place in the first qualifying session of the season. He went on to finish 13th in the first race, making up some good places. But he was the first driver out in the Feature Race after a spin on Lap 2.

The second round at Jeddah saw Pourchaire fall victim to several unfortunate circumstances. Consequently, Vesti finished ahead of him in all three sessions, albeit still well outside of the points. But Pourchaire was back for Imola, notably taking his second Feature Race win from seventh on the grid.

It was this race in which Vesti scored his first points of the season, coming from 16th on the grid to sixth. But even after making up ten positions in one race, he was still left lacking any real results. While there is still a long way to go to the end of the championship, this start doesn’t bode well for the rest of Vesti’s season.

As for the disparity between him and his teammate, this isn’t a new narrative for ART. In fact, the history of one driver performing well while their teammate struggles is so common within the team that it’s widely referred to as the ‘ART second driver curse’.

The ‘curse’ is most commonly put down to the team prioritizing one driver and neglecting the other. They typically aim to win the Driver’s Championship over the Team Championship. Whether Vesti is suffering from neglect or lack of support, or whether he’s just struggling to adapt to Formula 2 remains to be seen.

Recently, ART’s team boss spoke about Vesti’s performance so far in a Virtual Media Roundtable with a few other team bosses.

“We all know for rookies it is always difficult at the start of the season,” said Phillipe in response to a question by Formula Scout. “Especially when you are facing different situations. Jeddah is a very difficult circuit, in Imola it was rainy, so you have to adapt very quickly and when you are a rookie it’s very hard.”

Some rookies have had more luck adapting than others. But it’s clear this season that more experienced drivers have the upper hand. The highest placed rookie in the standings, Ayumu Iwasa, is only in ninth place in the standings.

Phillipe admitted they expected more from Vesti so far. At the same time he maintained there’s more to the Danish rookie than we’ve seen so far in Formula 2.

On Fred’s side, I will say that clearly we were hoping for better results, but his pace is much better than what the results show at the moment.”

His 16th to tenth in the Feature Race at Imola is certainly indicative that this statement is true. Vesti has a long way to go, and the odds are stacked against him at a team that isn’t known for supporting their second driver. But it’s also clear that he has better results in him.

“Experience is key, and some rookies take more time than others to adapt,” said Phillipe. Clearly this is the case for Fred, but I’m very optimistic that by the middle of the season it will go better.”