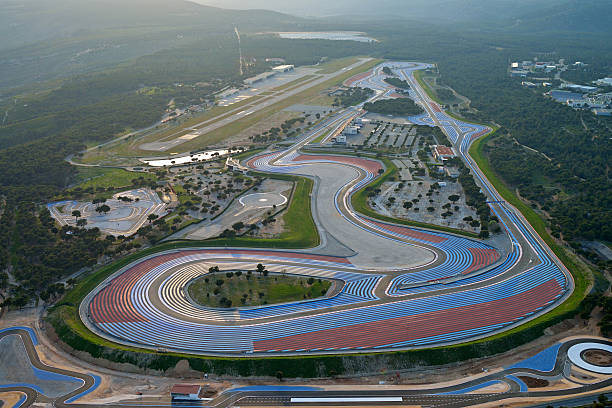 After Russia was scratched from the calendar, F2 has found a suitable replacement.

Formula 2 has announced that Le Castellet will host a Formula 2 race this season after Sochi was taken off the calendar. It will be the ninth round of the Championship, held alongside Formula 1 on July 22-24.

Since the announcement of Sochi being dropped from the calendar, Formula 2 has been searching for a replacement circuit with the hopes of maintaining 14 rounds in the season.

Formula 2 CEO Bruno Michel commented that Circuit Paul Ricard, located in France, was the best option for the series.

“Since it was announced that we would drop one event, we have been working to find a venue to replace it, keeping in mind the costs. Le Castellet came out as the best option, and we are really pleased to return to the Circuit Paul Ricard.”

“With this added round, we go back to 14 events as announced before the start of the season. This means that the 2022 season calendar is the most sizeable one we have had since the start of FIA F2 back in 2017.”

Previously, Formula 2 had never had more than 12 rounds on the calendar. The 2021 season only had eight, albeit with more races per round than usual. While the 2021 season had a total of 23 races, 2022 will see 28 races in total.

This will be Formula 2’s first return to Le Castellet since the 2019 season. Last time out, the race winners were the late Anthoine Hubert and eventual Champion Nyck de Vries.

The addition of Le Castellet to the calendar adds yet another round taking place in July, making it Formula 2’s busiest month of the season.

The first weekend of July is Silverstone, the following weekend is Spielburg. After that, the drivers will have one week off before Le Castellet, and in the final weekend of July they’ll be racing in Budapest.

This month will be a stark contrast to the normal month-long breaks between Formula 2 rounds, and will doubtless challenge drivers and teams in ways they aren’t used to. With this long run of back to back events, on top of this calendar being longer than ever, the drivers will have to adapt to new situations. They’ll have long gaps still, but now also a month full of races.

“It will be a very busy month of July for the teams and drivers,” said Michel. “But a very exciting one for the fans and everyone involved in F2.”