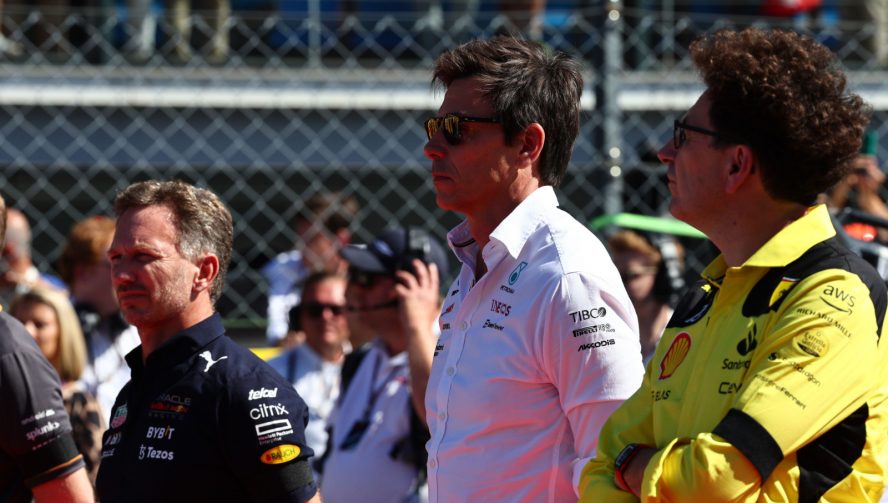 Wolff warns Mercedes are ‘giving it everything’ in 2023

Mercedes Formula 1 team boss Toto Wolff has issued a warning to his rivals ahead of the 2023 F1 season, stating no one should be writing off the eight-time constructors’ champions, despite their struggles last season.

Mercedes had an extremely poor start to the season by their standards at the start of the 2022 season. They found themselves as one of many teams which suffered from porpoising, an aerodynamic phenomenon that causes the car to bounce up and down, leading to poor performance on the track.

Although it was a season to forget for most of those at the Silver Arrows, bar George Russell, Mercedes’ consistency to rack up points despite having an uncompetitive car, saw them hunt down Ferrari right into the final race.

“Do not write us off,” Wolff told the Times. “In this life, you never stop giving it everything.”

Wolff also admitted that the team “got the physics wrong” and explained how they had misinterpreted some of the regulations.

“We misinterpreted some of the regulations. We put too much emphasis on seeking performance in a car that was supposed to run on the ground, very low.

“But you can’t run it so low, because [the floor of the car] was hitting the ground. So we had to lift it up, which changed things again. It sounds like a trivial explanation, but this is the reality.”

The 51-year-old also broke down his role in pre-season admitting that despite being CEO and co-owner, he is an ‘observer’ at this stage of the season.

“We’ve been lucky to win eight Constructors’ titles in a row, which is unprecedented,” Wolff said.

“And that is due to the fact that we empower the staff here. If I started to meddle in technical decisions after such a winning streak that would be odd.”

“So at that stage, I am in observer mode. I try to guide from a human perspective. Is there anything we need in additional resources?

“Having said that, I am responsible as the CEO and co-owner. And we, as a team, got it wrong.”

After such a dramatic and poor start for Mercedes last season, all eyes will be on the Silver Arrows for pre-season testing. George Russell managed to outshine seven-time world champion Lewis Hamilton in his first campaign in a poor car, will he be able to do the same again?