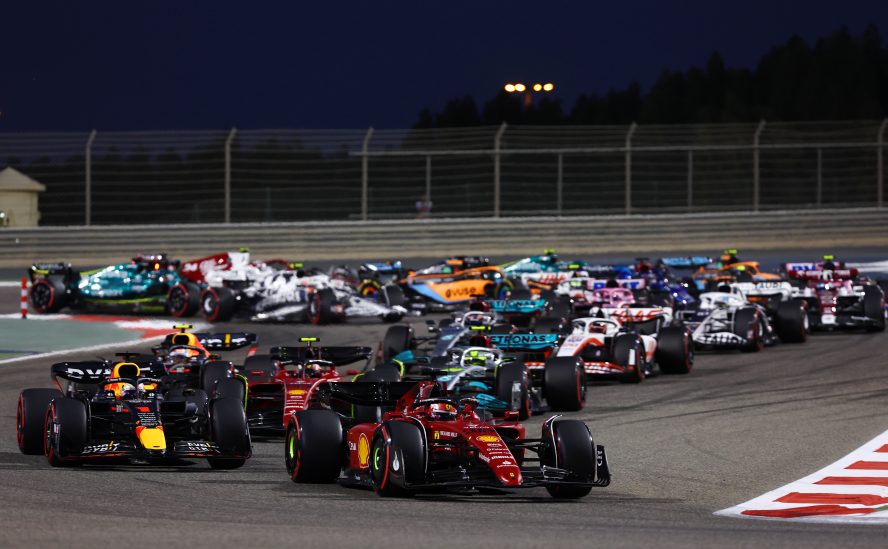 Who won and lost out in F1’s first three races?

So who won and lost out in F1’s first three races of 2022? There were stand out performances by some of the drivers, the grid seeing varying fortunes with the new cars.

Some have used both luck and strong performances place them in a good position as the season starts to ramp up, taking the next step to improve on last year.

Others stand out for all the wrong reasons, either through errors of their own making, or through sheer bad luck. These drivers and teams need to improve to salvage their 2022 campaigns.

One team has improved significantly since the start of the season, and will look to capitalise on their upturn in performance and fortune.

Ferrari’s Charles Leclerc’s start to 2022 has been stellar. The Monegasque driver has won two of the first three races, finishing second in the other. He and Ferrari have taken a huge step forward this year, as both look to right the wrongs of the last few seasons. His pace has been consistently quick, regularly towards the top of the times in practice.

Leclerc’s race craft has demonstrably improved, going wheel to wheel with Verstappen in Bahrain and Saudi Arabia.  Bahrain was Leclerc at his finest, using every inch of the track and cleverly placing his Ferrari to ensure the Red Bull stayed behind to claim victory.  Although the Red Bull would win in Saudi Arabia, it was only in the closing stages that Leclerc relinquished the lead.

When driver and car are in unison, Leclerc looks untouchable. His win in Australia was a dominant display, with Max Verstappen unable to catch the Ferrari before his second retirement in three races. We still have yet to see the best of Charles. Watch this space.

Russell waited three long years for a shot in F1’s benchmark team. The British driver likely did not envisage the struggles the team has experienced, resulting in a solid but challenging debut for Mercedes.

Russell has performed well with the machinery he has, as the team looks to improve on its form. Out-qualified and out-raced by Hamilton in Bahrain, Russell has struggled with the W13’s porpoising problems. While still not happy with the car, he has taken a step up in Saudi Arabia and Australia by outscoring teammate Hamilton.

His ability to extract the pace from the car Lewis Hamilton called a “Rattlesnake” means that Russell lies second in the drivers championship. The Silver Arrows likely did not likely imagine after their struggles that it would their new charge leading the way.

Haas’s pre season was torrid.  The team severed their agreement with Nikita Mazepin and title sponsor Uralkali, as F1 wrapped up testing. The top that off, the team was late starting testing due to issue with their freight arriving at the Bahrain circuit.

The team took decisive action, petitioning for an extra hour on track. It then signed Kevin Magnussen, bringing experience back to the team. Things started to look up almost instantly, Magnussen using the extra on track to understand his new machine in just two days. The result was a Haas at the top of the day two timing sheets.

Magnussen started a brilliant P7 in Bahrain, finishing P5. It was an outstanding performance by the Dane. He scored points again in Saudi Arabia, comfortably faster than teammate Schumacher in both races.

Although he and the team struggled in Australia, It is easy to forget K-Mag was bought in as a very late replacement for Mazepin. The Dane has performed as if he never left the grid, and the team itself looks rejuvenated after a difficult couple of seasons.

Latifi has suffered a trying start to the new season, poor pace combined with crashes in Saudi Arabia and Australia could to lead questions over his performance and place at Williams.

The Canadian is entering his third season of F1, with limited growth and results. Up against George Russell in 2021, Latifi struggled to match his teammate. This year he is against ex Red Bull driver Alex Albon, and appears to be struggling once again. In Australia, while his teammate showed strong pace to secure a brilliant top ten finish, Latifi trailed around at the rear of the pack.

Latifi also crashed in both practice and the race in Saudi Arabia, capping off a weekend to forget. Then in Australia he was involved in a bizarre crash with Lance Stroll. Latifi will need both a burst of speed and a crash free weekend to silence his growing critics.

Australia marked the end of a truly miserable start to the season for Aston Martin. The team struggled for pace from pre-season testing onwards, facing an uphill struggle to move up the grid. Then reserve driver Nico Hulkenberg needed to be drafted in after Sebastian Vettel caught Covid-19 ahead of the opening race.

Hulkenberg struggled in Bahrain, but was able to finish ahead of full-time teammate Lance Stroll in Saudi Arabia. When Vettel returned for Australian GP he had reliability issues as well as a crash in the practice sessions. The four-time world champion then crashed out in the race. Having lost out the first two races, Vettel was never at one with his car. He will need to improve is if he is to drag his Aston Martin up the grid.

Teammate Stroll meanwhile has also struggled for pace in the AMR22. Although he finished ahead of Hulkenberg in Bahrain, Stroll finished behind the German in Saudi Arabia. Then in Australia, Stroll received a penalty for the incident that wiped himself and the Williams out of qualifying. This was after an extensive repair of his car following his crashes in practice. At least one Aston Martin has been eliminated in Q1 in all three races so far.

The repair bill for the Silverstone team after Australia will be astronomical after both Vettel and Stroll crashed multiple times. Aston Martin is now last in the constructors championship, the only team yet to score a point in 2022.

Your goal in F1 as a driver is to beat your teammate. This is vital if you are towards the front of the grid as failure will hamper your championship chances. Carlos Sainz by his own admission has to improve to beat teammate Charles Leclerc, who is in imperious form.

His consistent speed has contributed to Ferrari’s points advantage in the Constructors championship. But despite solid pace, he finished behind Leclerc in Bahrain and Saudi Arabia. This has led to the Spaniard pushing hard, and making mistakes.

Sainz was a victim of misfortune in qualifying for Australia. A starter issue in qualifying saw him kept in the garage, delaying his final Q3 run. The subsequent lock up on his flying lap put him P9 on the grid. At the start of the race he went backwards, before a misjudged move saw him beached in the gravel.

Ferrari know they are locked in a season long battle with Red Bull for the championship. Sainz is more than aware of this now he has lost out on valuable points and traction in the fight for P1 at Ferrari. The ability to match and push Leclerc will be crucial in the next few races if he is to stand any chance of being involved in the title fight.

Verstappen is at the bottom of this list as his misfortunes are not of his own making. The reigning world champion has done everything right so far in 2022, fighting hard in all three races, including from P4 on the grid in Saudi Arabia to win the race from Ferrari’s Charles Leclerc.

However despite the new Red Bull being unquestionably fast, it is also proving to be unreliable. Two DNFs in the opening three races sees Verstappen 46 points behind championship leader Leclerc after three races.

Verstappen did not have the speed In Bahrain and Australia to challenge Leclerc, but was on course for valuable points before his retirements. His latest DNF in Australia due to a “bad smell” from the rear of the car. Verstappen is now more than two race wins behind Leclerc, and will need his team to get on top of the reliability problems plaguing his RB18 if he is to retain his crown this season.

The papaya team has been on a steady upwards trajectory after a challenging start to 2022. McLaren initially left the Barcelona test feeling confident, the MCL36 showing reliability and pace.

Daniel Ricciardo then lost the entire final pre-season test due to Covid, while Lando Norris struggled with overheating brakes. The cars qualified 13th and 18th for the season opener, and were a long way off the pace all weekend.

McLaren showed a small improvement in Saudi Arabia, qualifying 11th and 12th. Norris would go on to claim P7 in the race, while Ricciardo retired. While not where the team wanted to be, it was a step up from Bahrain.

Australia was the team’s most competitive showing, finishing P5 and P6. McLaren are now fourth in the Constructor’s championship after strong damage limitation in the first three rounds. Just short of Mercedes’s race pace in Australia, the team will continue to push as it looks to continue its recovery.