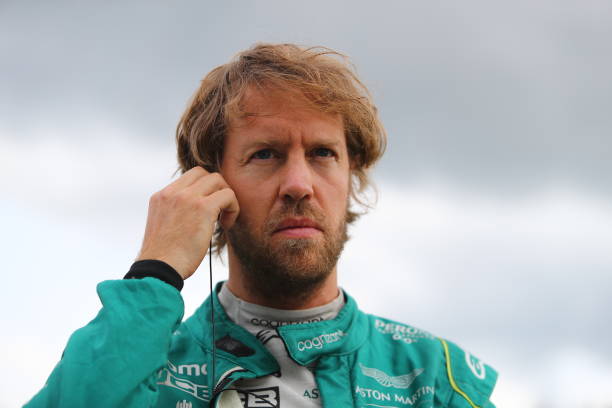 Aston Martin driver Sebastian Vettel believes his team will bounce back from their poor start to the 2022 season in the following races after revealing that “another set of parts” will upgrade the AMR22.

The Lawrence Stroll-led team have endured a tough run in Formula 1 since the introduction of the new FIA regulations. Aston Martin’s original approach with the AMR-22 was quickly abandoned after just five races when the team in green unveiled their newly upgraded F1 car which bore a remarkable resemblance to Red Bull’s RB-18.

Unfortunately for Aston Martin, their ‘Green Red Bull” bore no fruit. With star driver Vettel sitting on 15 points and his Canadian teammate Lance Stroll on a measly three points, the Northamptonshire-based team have been back at the drawing board.

AM’s Four-time World Champion is “sure” that the team will reach their goals.

“The targets that we set out are very ambitious,” said the German in an interview with Aston Martin F1.

“We are currently not where we want to be but everybody in the team is working really hard.

“I’m sure we will progress and we will get there at some point.”

Vettel opened up on the tough start to the year and how it didn’t go as planned.

“Well, [there are] new regulations this year in 2022 and for everybody, it was an opportunity to sort of get to the front,” he said.

“I think we’ve worked really hard. As it turned out, we were not quite where we wanted to be to start with. But I think so far the team has done incredibly well to try and turn things around as much as possible.

“We’ll have another set of parts coming in the next races and I think we are headed in the right direction.

“Obviously, it’s extremely competitive and everybody’s working extremely hard, but I think the spirit is right in the team and in the bigger picture, I think things are progressing well and we’re moving in a good direction.

“But for sure, I mean, there are only trophies for the top three finishers and not much, a couple of points, for the people behind that.

“Then at some point, you don’t get anything at all but that’s the name of the game. And we knew that before.

“So overall, I think it’s a very ambitious target that we set ourselves, but I’m sure that we’ll get there.”

Aston Martin will be celebrating a century since their first ever race in Formula 1 at the French Grand Prix this weekend, where Sebastian Vettel will drive “Green Pea”, the iconic racing brand’s first ever car entered into the sport.