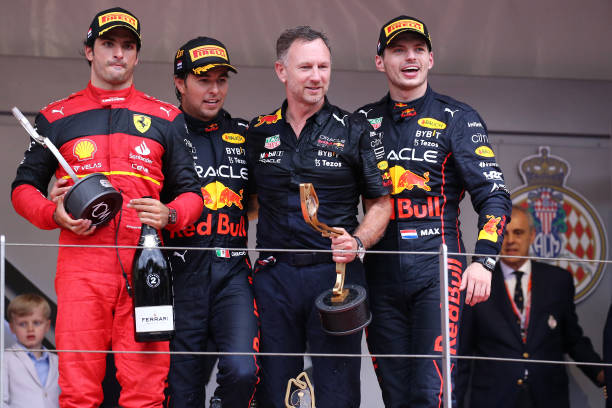 Despite disliking the setup of his RB-18, Verstappen secured a third-place finish in Monaco, extending the gap to Charles Leclerc in the Drivers Championship to nine points whilst Sergio Perez took home victory.

At first glance, it may seem like another dominant display from Christian Horner’s team, however, the torrential rain and Ferrari’s pit stop incompetence can be thanked for Red Bull’s double podium finish.

Jos Verstappen addressed these issues in a column on his son’s website, expressing his frustrations and describing his displeasure about the weekend in Monte Carlo.

“As a father I was also disappointed with the race,” wrote Jos on verstappen.com.

“We all saw that it was a difficult weekend for him. It starts with the car, which simply doesn’t have the characteristics for his driving style yet.

“Max has far too little grip at the front axle. And especially in Monaco, with all those short corners, you need a car that turns very quickly. That was just hard.

“Red Bull achieved a good result, but at the same time exerted little influence to help Max to the front.”

The 2021 World Champion’s dad honed in on the fact that Ferrari under normal circumstances would have dominated the race in the French Riviera suggesting that Red Bull should have taken advantage of Ferrari’s failed pit stop.

“That [Max] finished third, he owes to Ferrari’s mistake at that second stop of Charles Leclerc,” claimed Verstappen’s father.

“The championship leader, Max, was not helped in that sense by the chosen strategy. It turned completely to Checo’s favour.

“That was disappointing to me, and I would have liked it to be different for the championship leader.”

“Pérez actually won the race because of the earlier pit stop. The team can perhaps explain that as a gamble, but they had already seen, with for example Gasly, that the intermediates were the best option at that time. I would have liked them to go for Max, but of course I am not entirely objective.

“I think ten points from Max have been thrown away here. Especially with the two retirements we’ve had, we need every point. Don’t forget that Ferrari currently has a better car, especially in qualifying.”

Red Bull’s principal Christian Horner has hit back at the comments saying the focus is on the team and not a singular driver.

“We are not talking about Sergio Perez Racing or Max Verstappen Racing here,” said Horner to Bloomberg.

“It’s about Red Bull Racing. The drivers work for the team and bear this responsibility. It is important that they realise that the ambitions of the team are greater than their own.”