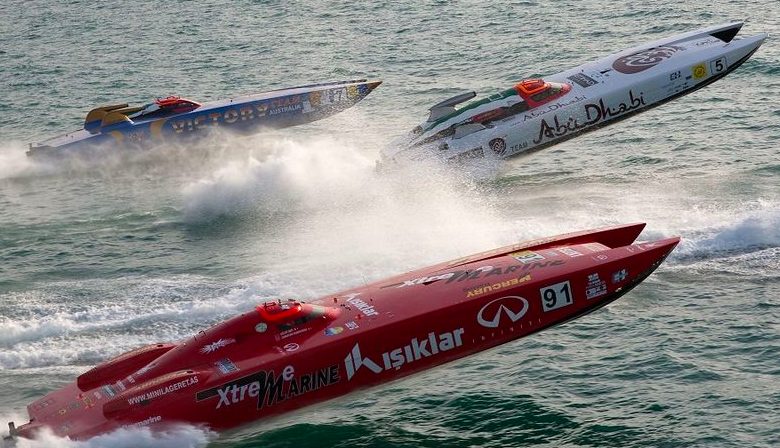 Sergio Perez to start his own E1 racing team

RedBull's Sergio Perez is set to own his own E1 power boat racing team, under the name of 'Team Mexico'

E1 has confirmed that Sergio Perez will enter a team in the UIM E1 World Championship, under the banner of ‘Team Mexico’.

Team Mexico fills one of the 12 spots on the grid for the first season of the UIM E1 World Championship, which is scheduled to start next year in 2023. Perez looks forward to being a team owner, as he told E1:

“I’m really excited at the prospect of becoming a new team owner in E1 and having a team representing Mexico in the UIM E1 World Championship.”

“For sure this will be a great challenge in my career and a learning experience. I’m looking forward to getting started and helping to grow the fan base in Mexico and around the world.”

“Given my relationship with Alejandro [Agag], I’ve kept a close eye on what he’s been doing and his various championships, and I think what he’s achieved with promoting more sustainable forms of motorsport is commendable.

“Seeing a racing team flying the flag for Mexico on a global stage will be amazing and I cannot wait to watch the RaceBird in action for the first time. I’ve heard lots of positive stories about the boat and the exciting sporting product E1 is trying to create for fans with city events.”

E1 is the first electric raceboat championship series. Specifically, the series was created to focus on renewable sporting, while providing environmentally safe and competitive on-water races. E1 explained the reasoning for the series’ creation:

In E1, pilots will be racing with the ‘RaceBird’ which is a groundbreaking race boat which uses hydrofoil technology. The boat was ‘the brainchild’ of Sophi Horne and it was constructed by marine engineer, Brunello Acampora.

Presenting: 𝙎𝙚𝙧𝙜𝙞𝙤 𝙋𝙚𝙧𝙚𝙯’𝙨 𝙏𝙚𝙖𝙢 𝙈𝙚𝙭𝙞𝙘𝙤 🇲🇽⚡@SChecoPerez has agreed to launch an E1 team. The Formula 1 star will fly the flag for Mexico in the world’s first all-electric raceboat championship 🤝

Every RaceBird can reach speeds of up to 50 knots (58 mph) and it also has a power output of over 150 kW. The boat can store up to 35kW of energy which means that it would require two full charges in a race event. Each boat has a single seat which includes pedals and a steering wheel for the pilot.

Much like Formula One, each team will have two boats and drivers. However, one race weekend will be held over two days. Practice will be held on the first day. After this,  knockout heats and the finale on the second which will then declare a winner. E1 says that the championship will: “race against the backdrop of some of the world’s leading cities.”

The championship will hold its first campaign next year and Alejandro Agag told fans about his excitement for Sergio Checo’s involvement in the sport:

“He’s not only an incredibly quick and talented racing driver in his own right, but he’s also clever and has all the attributes that are required to become a successful team owner. I’m delighted to welcome Checo to the E1 family and I look forward to seeing how the plans for Team Mexico develop.”

“With the UIM E1 World Championship, we’re aiming to attach racing teams with countries and city brands, and what better combination than Checo and his home country of Mexico.”

“Checo is a talented driver and multiple Grand Prix winner. To have a name like Checo associated with E1 shows the strength of what we’re trying to build and how our message to promote cleaner waters really resonates with people.”