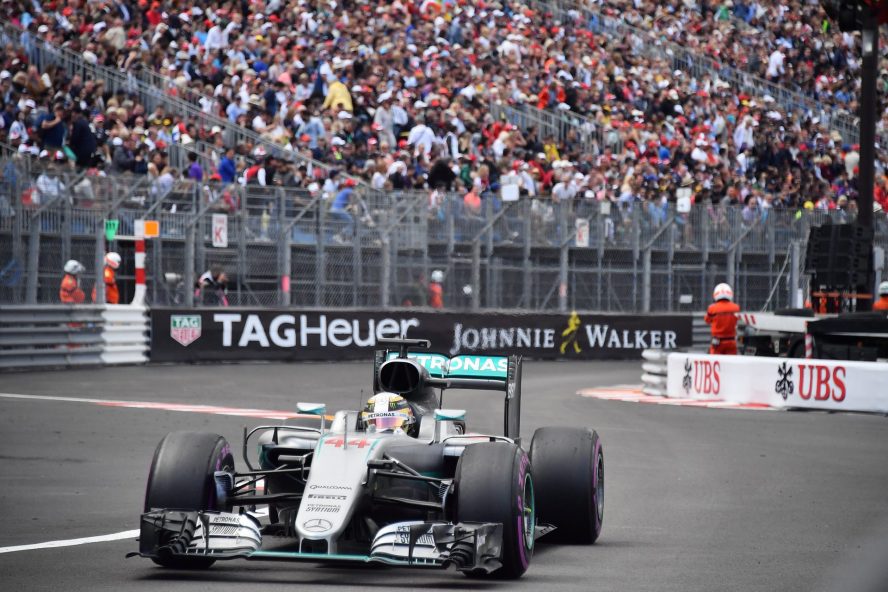 Ex-Formula 1 world champion Nico Rosberg has called on the organisers of the Monaco Grand Prix to become more open to change, or face being dropped from F1 altogether.

Often referred to as the ‘jewel in Formula 1’s crown,’ Monaco has been ever-present in the calendar for the last 67 years.

However, the principality’s circuit has increasingly been criticised for the spectacle it provides due to the wider nature of the sport’s modern cars, and it has become embroiled in rows over its right to secure sponsorships separate from Formula 1’s own.

With these issues now posing a threat to Monaco’s place on the 2023 calendar, Rosberg has come out in support of his home Grand Prix, but emphasised that a compromise is needed.

“The Monaco Grand Prix is so historic and also the most spectacular and glamorous race of the season. It must continue,” Rosberg told motorsport-total.com.

“But it is clear that the organisers will have to adapt,” he added. “For example, you often see advertising banners of companies that are the direct competitors of Formula 1 sponsors. So yes, it’s a difficult situation that they need to look for a way out of.”

Having been a fixture in every F1 calendar since the series’ first official season in 1950 except for 1955, you’d think Monaco would be a shoe-in to return next year.

That said, the track has retained the same basic layout since it ran its first (non-F1) Grand Prix in 1929, and as Formula 1 cars have gotten bigger over recent years, the spectacle of races there have continually faced criticism.

Among these critics is seven-time world champion Lewis Hamilton, who told Racefans earlier this year that “it is the most beautiful place” he gets to race at, “but you already know that it’s never exciting for the fans.”

“It’s a one-stop race with these hard, long stints that we get to do,” he added. “On the list of difficult places to overtake it is off the scale, highly unlikely you’re ever going to get an opportunity to do so.”

As well as the Monaco circuit facing rebuke from certain drivers and fans, the race’s organisers have also been involved in high-profile clashs with Formula 1 officials on sponsorship grounds.

During this season’s Monaco Grand Prix, the circuit was adorned in the decals of TAG Heuer, the circuit’s own sponsor, but this directly clashed with those of Rolex, F1’s official partner.

At the time, F1 CEO Stefano Domenicali revealed to L’Equipe that Nice had indicated an interest in holding the race from 2023, in a move that could be viewed as a power play by F1’s owners Liberty Media to force Monaco’s organisers into line.

F1’s new jewels in the crown?

By Rhiannon Temporal12 hours ago

Monaco’s headaches don’t just revolve around its own layout and sponsorship issues either, as the expansion of the sport itself is making its position seem increasingly perilous.

Since buying Formula 1 in late-2016 for an estimated £3.3 billion, Liberty Media has overseen a dramatic expansion of the sport’s reach and scale. Thanks in large part to the launch of the Drive to Survive series, which now provides fans with an unprecedented level of F1 access, the sport’s fan base is reportedly on the cusp of the 1 billion mark.

Formula 1 has also expanded into new territories, with the Miami Grand Prix debuting this year, Las Vegas due on the F1 calendar in 2023, and rumours that South Africa will return imminently, continuing to swirl.

With the current calendar already burgeoning at a record-breaking 23 races, the sport’s continued expansion has now raised doubts about some of its stalwarts, with the events in France, Belgium and Monaco reportedly most at risk.

In a last-ditch attempt to keep the latter in the sport, Monaco’s Prince Albert has even been drafted in to negotiate with F1 officials. However, while Rosberg has hailed the royal’s role as an intermediary, it remains to be seen if his efforts will have been in vain.

“Prince Albert personally intervened in the negotiations because the representatives of the Automobile Club [de Monaco] continue to play very hard and firm,” concluded Rosberg.

“In such a case, an intermediary was clearly needed to help both parties – in this case, the Formula 1 bosses and the leadership of the club – come to a common denominator,” he added.