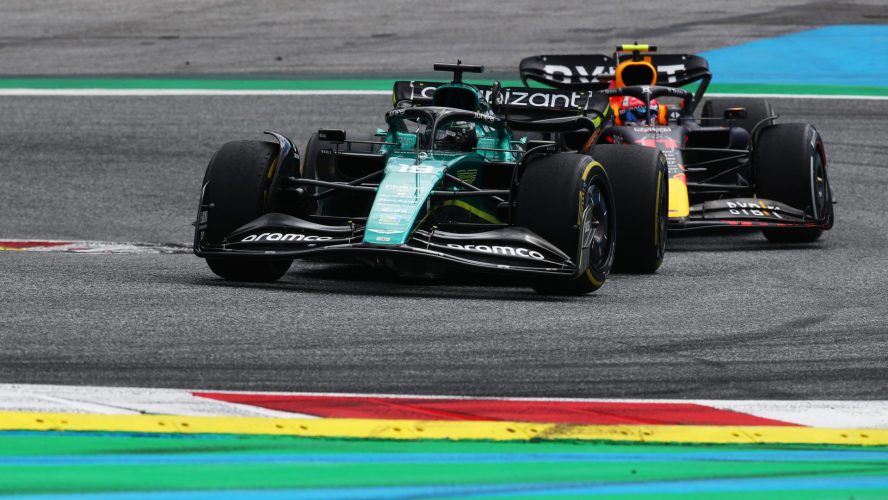 Red Bull driver Sergio Perez believes the 2023 F1 season will be “a very competitive year” for Aston Martin. Perez, who drove for Force India which became Racing Point which later turned into Aston Martin, has revealed that he thinks the team in green will be “fighting at the front” next year.

“I think Fernando will lift the team a lot,” Perez told DAZN.

“Everything I hear is that it will be a very competitive year for Aston Martin.

“So it would be very good for the sport and for everyone to have Fernando fighting at the front, fighting with Carlos [Sainz], with us [Red Bull].”

The 32-year-old driver helped deliver Red Bull’s first constructors Championship since 2013, also looked back on his 2021 season with the Austrian team, analysing the highs and lows.

“For me, winning in Monaco was very special because winning there is pure sporting history, it is a very special moment in my career,” he said.

“We were very competitive, especially at the beginning of the season.

“But I had a period of a couple of races where I lost being in the fight for the championship.

“I think we learned a lot from those moments which will make us stronger for the future, because the important thing is to be able to have that consistency throughout the year to be in the fight for the championship.

“At the end of the day, you need both drivers to be consistently adding to win the Constructors’ Championship, so it’s been a very special year for the whole team. It’s been amazing.”

Perez brutally learnt about his role in the team at the Brazilian Grand Prix when his teammate Max Verstappen refused to hand a place to the Mexican as he looked to secure second place in the Championship. Although all the Red Bull parties have said that they have moved past the incident, it will be interesting to see how the Mexican-dutch relationship fairs next year if both are in contention to go for the World title.