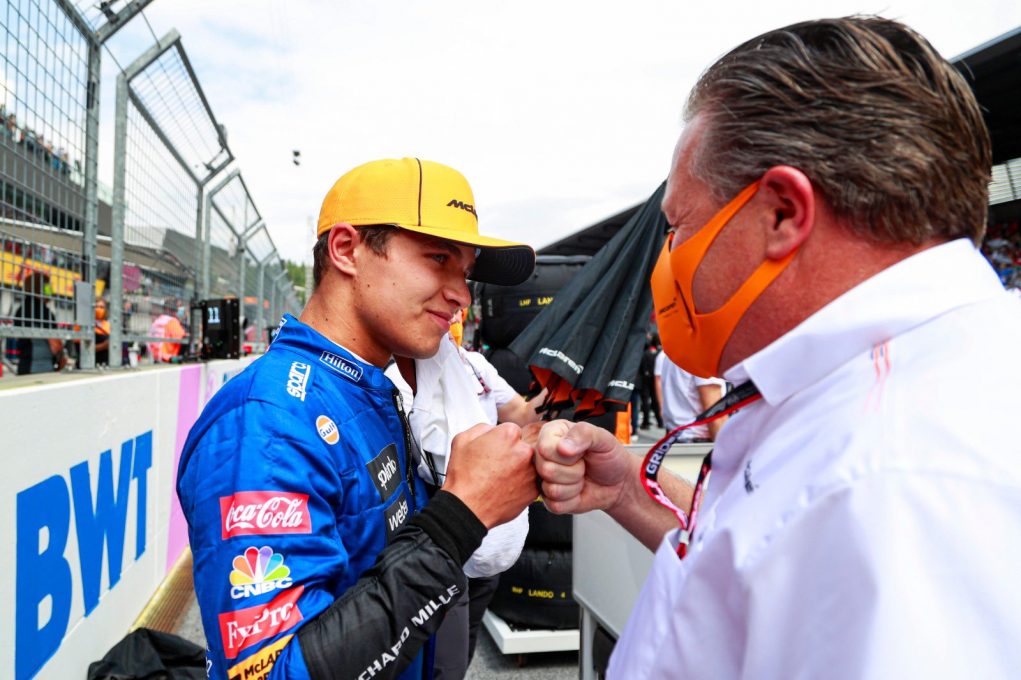 ‘Unbelievably fast’ Lando Norris is ‘as good as anyone in F1’: Brown

McLaren Racing CEO Zak Brown has sung high praises for his driver Lando Norris, claiming the young Briton is as talented as anyone on the Formula One grid.

When appearing on the F1 Nations Podcast, Brown revealed his admiration for Norris and what sets him apart from the other 19 drivers.

“He is, in my opinion, as good as anyone in Formula 1,” said Brown.

“[Norris is] unbelievably fast but there are a lot of fast drivers in Formula 1.

“I think the part I’m most impressed with Lando is how few mistakes he makes.

“His mistakes are small, a track limit, locked up a brake; you haven’t seen him many times put the car in the fence, run wide on a corner under pressure and make a mistake.

“I think as far as pure natural talent, I think he has as much as anyone in Formula 1.”

Brown believes that Norris will be happy with his development at McLaren and backs the young boy from Bristol to seal his maiden race win in the near future.

“I think as long as we continue to show forward progress, he will be satisfied,” said Brown.

By Katy Roberts1 hour ago

“His win is not far away, he could have won three races in a row last year.

“In Monza, there was nothing between him and Daniel.

“In Russia had it not been for the call at the end of the race, that race was his to win.

“[In] Spa, he was the fastest person in qualifying by some margin all the way up until he had his accident.

“He could have won three on the trot. So he’s ready to win for sure, we just need to put him in a position to win.”

McLaren will be looking forward to the first-ever race in Miami as the Papayas look to make up ground after a poor start to the season.