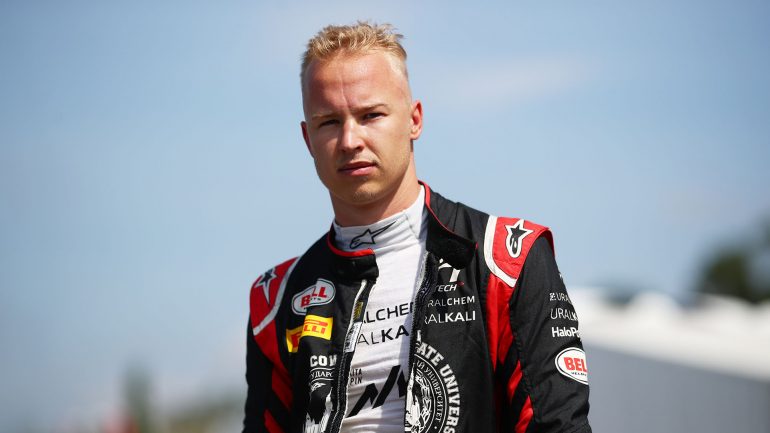 Former Haas driver Nikita Mazepin has taken a sly dig at his former teammate Mick Schumacher as he revealed his dreams of a Magnussen-esque Formula One comeback.

Nikita Mazepin has revealed his thoughts on his former Haas F1 Team teammate Mick Schumacher whilst the German driver faces extreme pressure due to his point-less 2022 season.

Although the son of seven-time World Champion Michael Schumacher has been handed a substantially more competitive car this year than last year’s mobile roadblock, the Formula 2 Champion has failed to keep up with the form of his teammate Kevin Magnussen.

Magnussen pulled off an inspirational comeback story, returning to Formula One and replacing the ousted Nikita Mazepin. The Dane finished fifth in his first race back for the American-based team. Whilst Schumacher has come agonisingly close to a points finish, the German hasn’t been able to see out in any of his races in the top ten.

Mazepin has been far from impressed with Schumacher’s results, opening up about his thoughts on the Russian sports channel Match.tv.

“I would probably say that the results speak for themselves,” said the Russian on Match.tv.

“I have nothing more to add.”

Whilst he refused to comment any further on the under-pressure German, Mazepin admitted he would return to Motorsport’s top tier with the blink of an eye.

“I will be immediately behind the wheel at the first opportunity,” said the 23-year-old.

“I think if Kevin [Magnussen] had been asked at the end of February if he would be driving a Formula 1 car in a week, he would have said ‘definitely not’.

“Magnussen is in good shape after a break, he has proved himself, and I plan to do exactly the same to repeat his success story.”

When challenged with the fact that it would be highly unlikely for an F1 team to hire him, the driver responded “Miracles happen.”

A return of Nikita Mazepin would be an incredible surprise for the Formula One paddock, especially considering the nature of how the Russian left. With bans and sanctions placed against himself and his father, who got him his spot at Haas in the first place, it’s safe to say that Mazepin won’t be sitting in an F1 seat anytime in the near future.