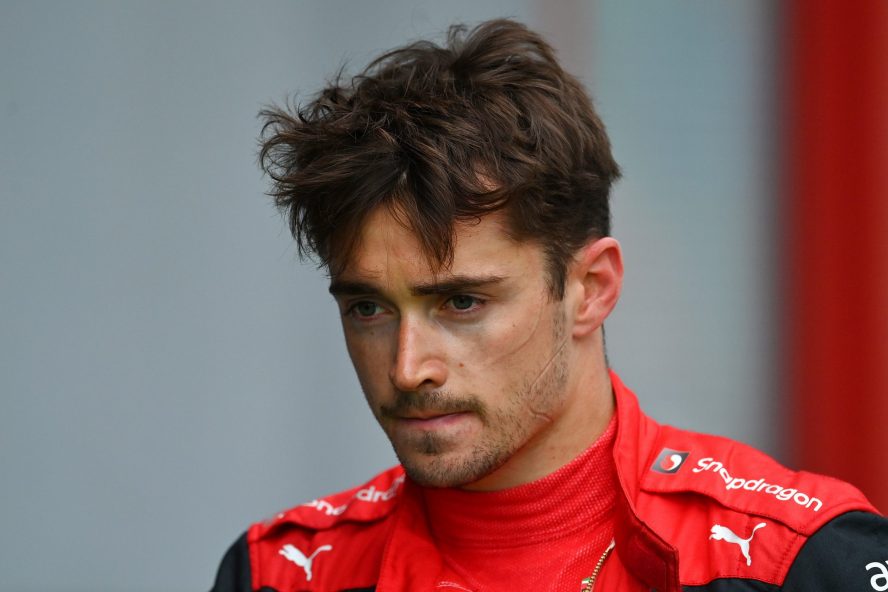 A fantastic start to the 2022 F1 season saw Leclerc race out to a 34-point lead in the Drivers’ standings. After capitalising on Red Bull’s reliability issues, the Monegasque had a healthy 46-point lead over the 2022 World Champion Max Verstappen.

Ferrari were back! Well, so it seemed.

Once Red Bull fixed their reliability issues, the Austrian team were difficult to catch. Paired with the Prancing Horse’s poor strategy calls and unreliable engine, tifosi celebrations were cut short.

After a roller coaster season, that was plagued with individual errors across the Ferrari team, Leclerc admitted that his 2022 season is “difficult to sum it up”.

“I mean, obviously if I take a step back, considering how far we have come from last year, it’s an amazing step forward,” said the Monegasque.

“But obviously I cannot ignore our middle part of the season that has been super frustrating.

“That was a frustrating part of the season.”

Leclerc believes that Ferrari “will manage to catch Red Bull back next year”, saying all the team needs to to is iron out their mistakes.

“All in all, we just need to take all the mistakes we’ve done this year and try to improve for next year.

“I think we really did some steps forward in terms of strategy and the way we have been taking decisions recently, in the last few races.

“Unfortunately, it was a bit more difficult to show it because the pace is not as good as at the beginning of the season.

“But I’m confident, in terms of pace, we will manage to catch Red Bull back next year.”

Although Ferrari and Mattia Binotto have received the majority of the blame for Ferrari’s midseason collapse, Leclerc played his part in the disaster-class. For example, when the Monegasque hit a barrier in Imola after pushing too hard to reel in Sergio Perez or when he crashed out of the lead of the race in France due to a driver mistake. The 25-year-old says he needs to work on being “at my 100 per cent” all of the time.

“If anything, I could have pushed less on some occasions like in France, but no, I think in the first few years there was always an area in particular I was focusing on because I knew it was a weak point,” he said.

“I think now, it’s been quite a few years that I’m in Formula 1 and it’s more about getting the details and being at my 100 per cent as often as possible.

“So this is where I will try to focus next year to try and be on my 100 per cent. And then I’m confident.

Ferrari will not only have to worry about Max Verstappen and Red Bull next season but also a resurgent Mercedes team who will be hungry to claim back their crown.